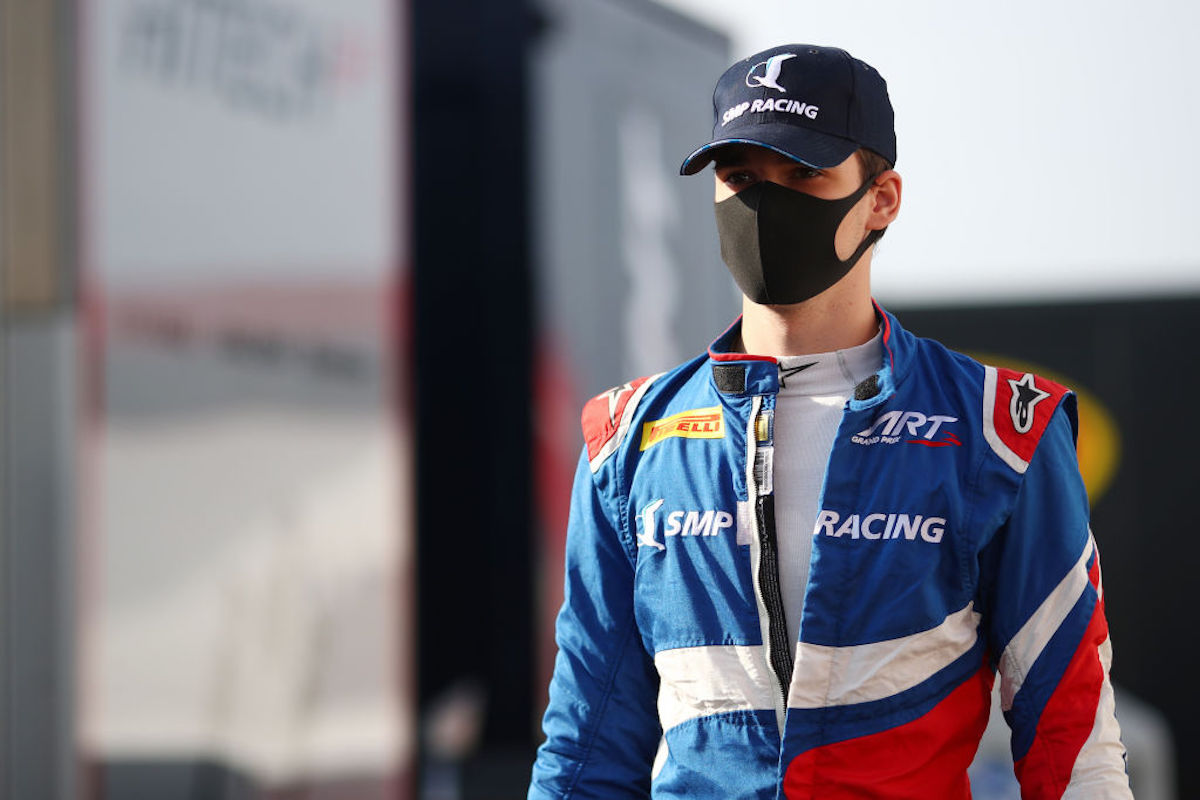 Alexander Smolyar will not race in FIA Formula 3 this year after backer SMP Racing announced its withdrawal from international motorsport.

SMP has supported numerous drivers across the single-seater ladder since its creation in 2013, but says its athletes “will not be able to take part in international racing tournaments” as a response to the requirements set out by the FIA to allow Russian drivers to compete as neutral athletes following the invasion of Ukraine.

As well as prohibiting the display of Russian or Belarusian symbols, colours or flags in public and on social media, the FIA requires drivers to sign a document pledging to “not express any support (direct or indirect) for the Russian and/or Belarusian activities in respect of Ukraine.”

Russian colours have usually featured prominently in the liveries of SMP-backed drivers. Alexander Sergeyevich Zhemchuzhnikov, general director of SMP Racing, said: “Our drivers see victories on the tracks not only as their personal successes, but also as the successes of the whole of Russia. Therefore, we regard the requirements voiced by the FIA as extremely stringent and cannot recommend that our drivers comply with them.”

The announcement refers to six SMP-backed drivers whose planned programmes would be impacted by the decision, including Smolyar who was set for a third season in FIA Formula 3 this year with MP Motorsport. He took part in last week’s pre-season test in Bahrain without SMP logos on his car.

“I will not compete in FIA F3 and any international racing series this year,” Smolyar stated. “I stand with the decision of SMP Racing to stop its European programme as a result of an unprecedented requirements that FIA put on any Russian driver as a condition for access to international competitions.”

SMP said Kirill Smal was due to step up from Formula 4 to the Formula Regional European Championship, which Formula Scout understands was likely to be with KIC Motorsport. It also revealed Nikita Bedrin was set to have its backing for his second year in F4. Bedrin, who recently competed for PHM Racing in F4 United Arab Emirates, last carried SMP branding in karting at the start of 2020.

Also affected is Irina Sidorkova, who debuted in W Series in 2021 and travelled to Barcelona last week for the championship’s pre-season test but did not drive, and karter Vladimir Ivannikov – a new addition to the SMP ranks this year competing in the Mini class in WSK competitions.

The announcement also stated former Formula 1 driver Sergey Sirotkin would have returned to racing in GT World Challenge Europe this year, but it did not make any reference to Robert Shwartzman. The 2021 Formula 2 runner-up is Ferrari’s F1 test driver and has been in line for free practice appearances with the team.

SMP Racing was founded by Boris Rotenberg, head of the SMP Bank, who as a close ally of Russian president Vladimir Putin already faced international sanctions as a result of the annexation of Crimea in 2014 and has been further hit following recent events.