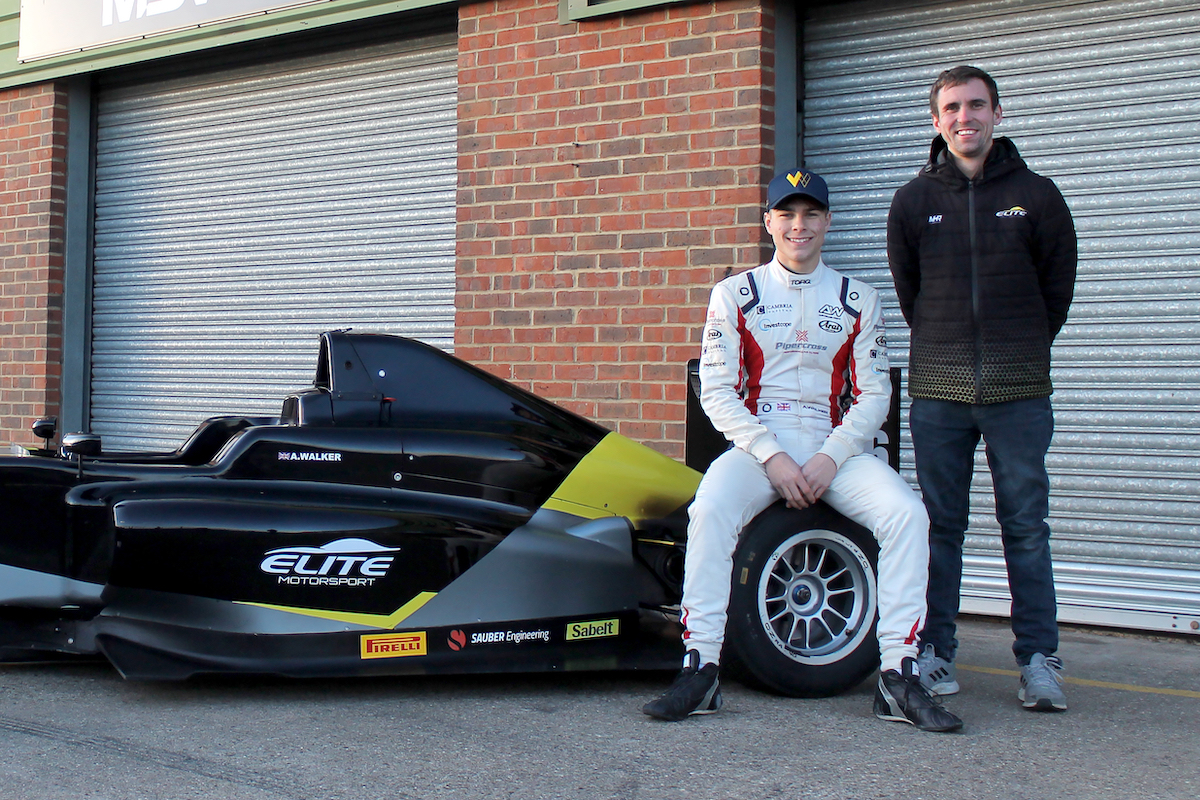 The 18-year-old raced in British F4 in 2019, taking a best finish of eighth from four rounds, and was set to stay in the series for 2020 before moving into FF1600 after finding F4 too expensive a category to continue his single-seater career in.

He made the top 10 once as a National FF1600 rookie with PWR1 Racing, but did come second in Champion of Snetterton. Moving to Kevin Mills Racing for 2021 led to him becoming Champion of Donington and eight National FF1600 wins. Walker led the points going into the finale before two contentious clashes cost him the title and led to him leaving the category.

His off-season began by becoming one of four finalists in the Porsche GB Junior shootout, although he ultimately missed out on victory and later decided against finding a move into Porsche Carrera Cup GB, and then in late November he tested GB4’s first-generation Tatuus F4 car at Bedford Autodrome as he considered his future.

“I hope to win the GB4 title, as it’s my aim is to race in GB3 and therefore this is the perfect stepping stone,” Walker said. “Additionally, I was recently confirmed as a BRDC Rising Star, therefore winning one of their endorsed championships was also a consideration to our plans.

“I’ve known Eddie [Ives, Elite owner] since my first steps into car racing via the Ginetta Scholarship a few years ago and always kept in touch and wanted to work together. Many of my friends from karting have driven for Elite while the team has a history of producing winners.

“From the limited testing I’ve done in a GB4 car, it feels different but also similar at times compared to the other single-seaters I’ve raced. FF1600s are tricky to balance on their skinny tyres, with little grip, and at times the GB4 car needs to be managed in the same way.

“The Mygale British F4 car required a smooth and a good braking technique, which again can be carried across to the GB4. That said, I still have lots to learn but so far so good.”

Walker is the sixth driver to sign up for GB4, and Elite’s second signing after Ginetta Junior graduate Jack Sherwood. His FF1600 rival and team-mate Tom Mills will also join the series, driving for his father’s KMR team.

“I’m excited to welcome Alex to Elite where he’ll race alongside Jack Sherwood in our first year of GB4,” said Ives.

“I’ve been very impressed with his speed and attitude in the initial day we’ve carried out to date and I firmly believe that Alex and Jack will form a formidable pairing and put Elite at the front of the GB4 grid.”