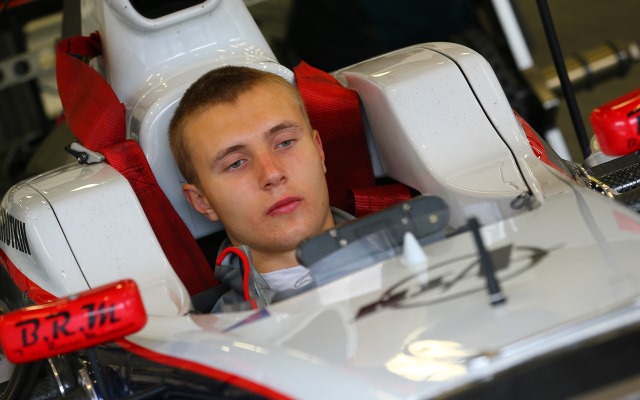 Sergey Sirotkin is joining Sauber on a development programme that could lead to him racing for the Formula 1 team as soon as next year.

The deal comes as Sauber announce a partnership with three Russian firms, the Investment Cooperation International Fund, the State Fund of Development of North-West Russian Federation and the National Institute of Aviation Technologies. Sirotkin is backed by the latter, which is led by his father Oleg.

“The partnership includes further activities for the promotion of the inaugural Formula 1 Grand Prix in Sochi in 2014 and attracting the talented young Russian generation towards motorsport,” said Sauber in a statement. “In particular, a development programme will be set up for the Russian driver Sergey Sirotkin to prepare him as a racing driver for the team in 2014.”

Sirotkin, who turns 18 in August, is currently contesting his rookie season in Formula Renault 3.5, where he sits eighth in the standings. He started his first four races from inside the top four on the grid.

Last year he finished third in Auto GP with two wins, after making the large step up from the entry-level Formula Abarth. There he won the title in his first full season of cars.

The Sirotkin news has rather predictably been greeted with criticism and liberal use of the ‘pay driver’ term. But anyone who cannot see Sirotkin’s talent and potential has not been watching his short career.

We have been watching intently for the past two years, and we’ve been extremely impressed. Winning the Formula Abarth title at 16, against some more experienced yet also highly-rated drivers, was a good start. Then came his Auto GP move. That was seen as a huge step, but he qualified on the front row for his first race and won just his third. I’m usually the first to say the Auto GP grid lacks much strength in depth, but there were drivers with far more experience and some talent and he at least rivalled all of them, if not beat them. 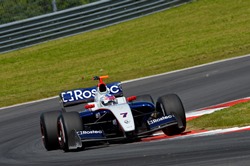 The ultra-competitive Formula Renault 3.5 would provide another challenge, despite the grounding in a powerful single-seater that Auto GP gave him. Sirotkin was the only driver to start all of the first four races in the top four. Stoffel Vandoorne, Kevin Magnussen and Antonio Felix da Costa all only managed it twice. This might be a very carefully selected statistic, but it was no fluke.

Okay, he hasn’t converted that form into many strong race results, but to be any better than eighth in the standings (not far behind third-year driver Arthur Pic) would be a massive overacheivement.

Sirotkin is one of the most talented drivers below F1.

Now that’s cleared up, we tackle the issue of whether it’s too early. After just three full years of single-seaters – yes, of course he would be better served by staying in FR3.5 for another year.

And it’s his experience, rather than his age, that should be evaluated. Because he has shown throughout his short career that he is mature above his age. Not only is he very fast, but he’s clean too. He puts a certain GP2 driver ten years his senior to shame.

He’s shown before that he can cope just fine with a big step up in machinery (in Auto GP) and in competitiveness (in FR3.5). In terms of machinery, the step from FR3.5 to F1 is probably not the biggest he will have ever made. But F1 is of course extremely competitive, and Sirotkin’s experience deficit to his competitors would be even greater than it is now.

Sirotkin has more races, particularly in cars with power closer to that on an F1 car, under his belt than both Kimi Raikkonen and Jenson Button had. What he will lack is much testing. As he’s not doing this week’s Young Driver Test, his first chance to do an official test would be next January.

To sum up, would Sirotkin be better off spending another year in the junior formulae? Yes.

Could he cope with the step up to F1? I believe so.

Given the two years of settling in that every rookie needs in this age of little testing, I think he could perform very well indeed.