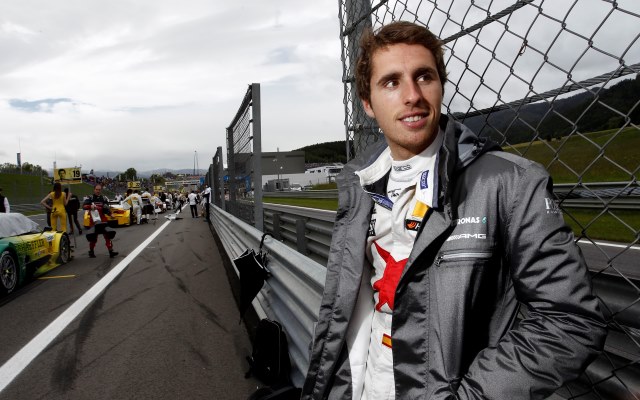 Reigning European Formula 3 champion Daniel Juncadella will drive for the Williams team at this week’s young driver test at Silverstone.

The 22-year-old Spaniard is currently racing in the DTM for Mercedes-Benz, scoring his maiden podium finish at the Norisring last weekend.

He had also been linked to a chance with Mercedes’ F1 team at the test, before they were banned over the tyre testing saga. Williams has a growing relationship with Mercedes, set to use the German marque’s engines next year and with Mercedes motorsport boss Toto Wolff formerly in charge at Grove. Furthermore, Juncadella’s sponsor Astana recently signed a partnership with Williams.

He won’t be driving an F1 car for the first time, having driven a 2009 Ferrari at Vallelunga late last year as a prize for winning the F3 title.

“It’s a great chance for me and I hope I can help the team next week,” said Juncadella. “It?s an important test for any young driver as there aren’t many opportunities to drive a Formula one car.

“I had my first taste of Formula One as a prize for winning the 2012 Formula 3 Euro Series title, but it was a 2009 car so I therefore see this as being the real deal, having the chance to drive a current car in a full test. I?ve spent a couple of days at the factory getting to know the team and I felt at home.

“Looking at the history of the team is also amazing and so to get this chance with Williams, a team so many great drivers have raced for, makes it even more special.”

Juncadella will drive on Wednesday, the first day of the three-day test. Race driver Pastor Maldonado will sample new Pirelli tyres on the Thursday, with the team’s ‘development driver’ Susie Wolff to get behind the wheel on Friday.

“Daniel is a young talent who has had a great deal of success over the past few seasons and we?re excited to give him the chance to see what he can do behind the wheel of a Formula One car,” said Williams’ Mike Coughlan