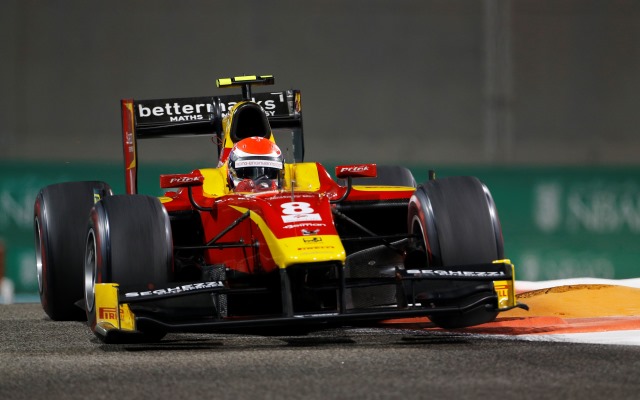 Top GP2 rookie Sergey Sirotkin and GP3 runner-up Luca Ghiotto will try out for the Racing Engineering GP2 team in the post-season test in Abu Dhabi this coming week.

Sirotkin, Ghiotto and Norman Nato will each spend one day with the team alongside its 2015 racer Jordan King, who will remain with the Spanish squad for all three days of the test which runs from Wednesday to Friday.

The Briton will be joined on Wednesday by Sirotkin, who finished third in the standings behind Racing Engineering?s Alexander Rossi while driving with the Rapax team.

Ghiotto will take over on Thursday, as he tests in GP2 for the first time. The Italian missed out on this year?s GP3 title to Esteban Ocon in a final-event showdown in Abu Dhabi this past weekend.

Nato will then drive the car on Friday, having previously done a day with the team 12 months ago before joining Arden for his rookie GP2 campaign, which he finished in 18th place.

King took 12th in the standings in his maiden season after stepping up from Formula 3, but was on course to take 10th had Sunday?s final race not been cancelled when he was running third.

He actually will have four consecutive days on track in Abu Dhabi, as he?ll make his Formula 1 test debut for Manor on Tuesday alongside Rio Haryanto.

Other drivers have already announced plans for the test, including debuting Swedes Felix Rosenqvist and Jimmy Eriksson.

European F3 champion Rosenqvist will test with his Prema team as it makes its first GP2 appearance, while multiple GP3 race-winner Eriksson will do the first day with Trident and the latter two with Arden.

A left-field inclusion is that of Italian Andrea Caldarelli, who will join up with Russian Time on Friday.

More recently active in Super Formula and Super GT in Japan, the 25-year-old ? a long-time Toyota protege ? does have previous experience of the current GP2 car at Yas Marina, taking part in its debut race in the 2011 GP2 Asia Series for the former Ocean team.