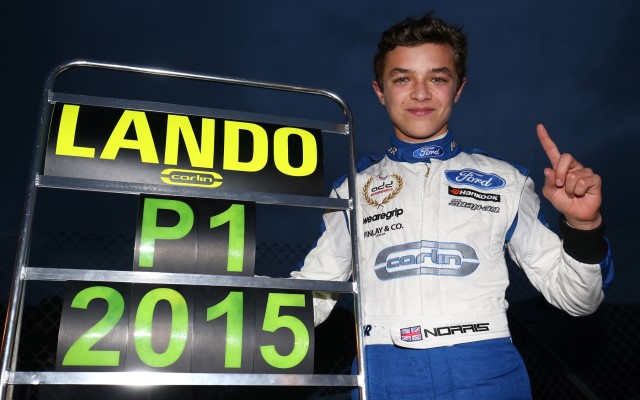 MSA Formula champion Lando Norris will contest the Toyota Racing Series in New Zealand in the new year, lining up with the M2 Competition team.

After winning the World Karting Championship in 2014 at 14 alongside a maiden car racing programme in Ginetta Juniors, Norris claimed this year’s MSA Formula title as a single-seater newcomer and also won in ADAC Formula 4 and the BRDC F4 Autumn Trophy.

He looks poised to race in Formula Renault 2.0 next year after finishing recent official post-season tests on top, but will first head to TRS.

“Lando is a very exciting young talent who has already proven he has the outright speed to be a title contender in TRS,” said category manager Barrie Thomlinson.

“It will be interesting to see how he approaches the challenge that TRS will provide.”

Norris will join double Brazilian Formula 3 champion Pedro Piquet in a six-car line-up from M2, the team that took Lance Stroll to the 2015 TRS title.