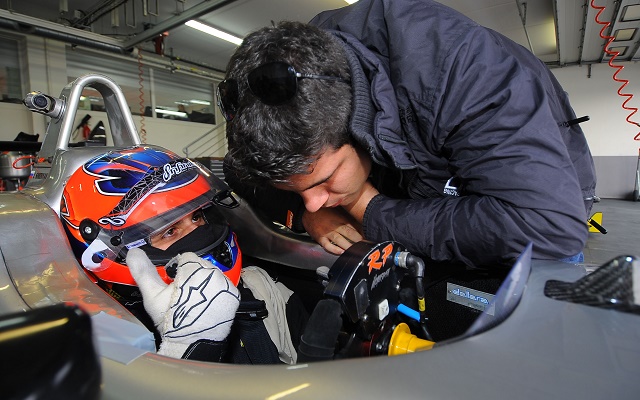 Simonyan managed to snatch the lead with a last-minute lap on both occasions and ended up as the solitary leader of the first testing day.

In session one, Austrian racer Stefan Riener dominated most of the proceedings, becoming the first driver to dip below the old TRS lap record.

Sam MacLeod, who sat in second with ten minutes to go, then brought out the red flag by going off into the wall. Once the action resumed, Simonyan managed to depose an improving Riener.

Maini then went on to lead much of the second session, but, after another red flag, it was Simonyan again who took the top spot.

Ferrucci claimed third, with Eastwood in fourth. In fifth, Riener was the only driver who couldn’t surpass his earlier laptime, while Conroy followed just 0.001s behind.