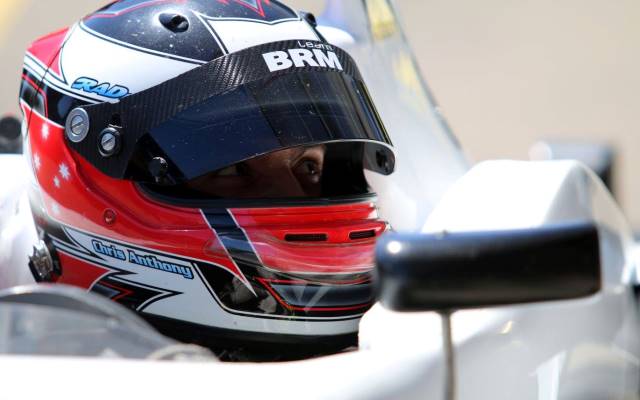 Chris Anthony makes the switch with BRM after finishing third in Australian F3 last year, and is joined by karter Zane Goddard.

Anthony won two races in F3 at the famous Bathurst circuit last year for BRM, who have won the last two titles in the series and eight in total since 2002.

?If I was going to continue racing in Australia this year, the only place I would have done it is with Team BRM,? said Anthony, 19.

?I?ve got a great relationship with the team and they have achieved so much success since starting in Formula 3 in 1999. I think they are the best possible team to enter the first season of a new open-wheel category with.

?A lot of effort was put in to decide which step to take next and I decided to put going overseas on hold for a year to give us more opportunity and time to raise the budget required. Rather than doing a few races in European Formula 3 or Renault 2.0, it made sense to do a full season in Australia.

?Formula 4 made sense because of the opportunities in place should you win the championship and because it?s all about the driver.

?The cars are the same, you can?t change much and the driver is the deciding factor. I?m excited for the new challenge and getting into the car.

?It could be seen as a step back, but looking at my end goal I don?t think it is.?

15-year-old Goddard finished second in the national Rotax Junior championship in 2014, and represented Australia in the World Finals in Spain, finishing 12th overall from 72.

?I am super excited,? said Goddard.

?It?s going to be an amazing experience coming into a new class with everyone on a level playing field.

?Working with Team BRM gives me extra confidence in my first year of circuit racing. They are the best team for this championship and I am really looking forward to working with all the guys there and learning as much as I can.

?I am already working hard on fitness and doing everything I can to make the adjustment to cars. I can?t wait to get in the car for the first time and do some testing and really experience it.?

?In Chris and Zane we have two drivers that represent different ends of the spectrum. Chris obviously now has plenty of experience thanks to his season in Formula 3 last year and we?re confident that he will be one of the drivers to beat, having already shown he can be a race winner in ?wings and slicks? cars.

?Zane has had an incredible Karting career and will be making his first step into cars. It will be a learning season for him but he is aiming to be the top rookie from Karting and we have no doubt he will be capable.

?We will be announcing our third driver soon and continue to plan towards running a four car program this year. It is an exciting time for our team.?

Australian F4 complies with the FIA’s concept for the category, and will use the same combination of Mygale chassis and Ford engine as the new MSA Formula series in the UK. All seven rounds will support the hugely popular V8 Supercars series.

Australian Formula Ford champion Thomas Randle – who is currently competing in the Toyota Racing Series – has previously announced his intention to compete with his family’s DREAM operation.

Jimmy Vernon – another FFord competitor – became the second driver to sign up for the series with the AGI Sport team.