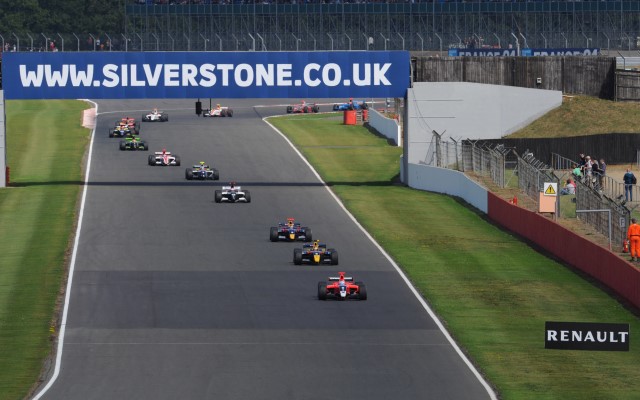 The World Series by Renault will return to Silverstone as one of a number of changes to the calendar announced for 2015.

The French manufacturer’s racing package, which includes Formula Renault 3.5 and Eurocup Formula Renault 2.0, last held an event at the British circuit in 2011 – although FR3.5 did also visit Silverstone in 2012.

For its two meetings separate from the rest of the WSR, FR3.5 will continue to be present at the Monaco Grand Prix and also return to the Red Bull Ring in Austria after a year away. Monza, which has hosted the opening round of the category for the past two years, is absent.

The Moscow event has been dropped from the WSR calendar after three seasons, to make way for Silverstone.

Renault’s home event in France will return to Le Mans after four years at Paul Ricard, and remain as the penultimate stop on the schedule.

The Hungaroring date has been moved forward from September to June, and the Nurburgring visit pushed back from July into the old Hungarian slot.

?For ten years, the World Series by Renault has offered a marvellous show both on and off the track, witnessed by more than five million spectators,” said Renault Sport Technologies Competition Director, Jean-Pascal Dauce.

?To celebrate these ten years, we wanted to offer a calendar composed of circuits used by Formula 1 and important rounds for Renault. Balance is respected and the tracks run on will better prepare the drivers for the elite. We have also worked to respond to the wishes of the event?s community that wanted to see Le Mans and Silverstone reinstated.?