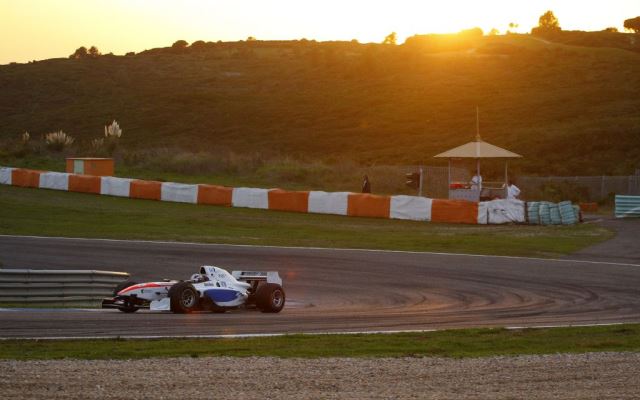 Japanese driver Shinya Michimi collected his first Auto GP victory in the final race of the season at Estoril.

Michimi had fallen back from third to eighth at the start, but an early pitstop allowed him to run in clean air and post a series of fastest laps. That put himself in position to take the lead once everybody else stopped.

Sa Silva had rejoined from his stop close behind Michimi, but slipped to 3.6 seconds behind by the flag.

Antonio Pizzonia ran third early on, taking second from La Rosa on lap four but rejoining behind Michimi when he stopped, leaving him third at the end.

Race one winner Tamas Pal Kiss was close behind in fourth, which was not enough to claim the teams’ title for Virtuosi. They finished up six points adrift of Super Nova, whose lead driver Markus Pommer was some way back in fifth despite stopping even earlier than Michimi.