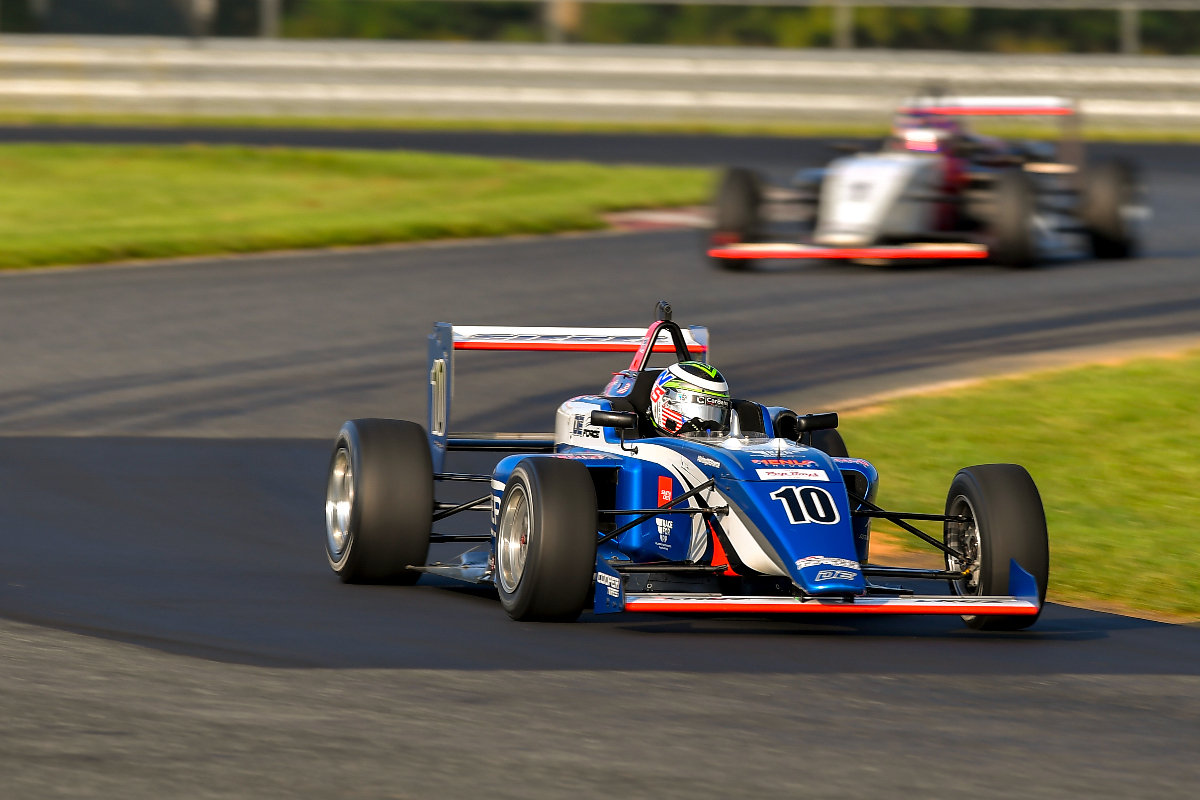 USF2000’s New Jersey Motorsports Park round concluded with a race that started with grooved tyres on a drying track, and led to split-strategy action won by Nolan Siegel.

The field was led around by the pace car for the first lap, with everyone on grooved tyres on a wet track, but after the first lap of green flag running there were several drivers who pitted for slicks including Pabst Racing’s Jace Denmark and Yuven Sundaramoorthy.

Initially the slick tyre strategy didn’t seem to pay off, but in the second half of the race those who had pitted were up to five seconds per lap faster than the drivers at the front of the field.

Cape Motorsports’ Michael d’Orlando started from pole and led the first nine laps, but on each of those had DEForce Racing’s Siegel attempting to pass him around the outside of the first corner.

When Siegel finally got it done on lap 10 of 20 they actually touched wheels down the pit straight, and then d’Orlando got loose at the exit of turn two and conceded second place to Turn 3 Motorsport’s Josh Green.

Once ahead, Siegel masterly managed the temperature of his tyres to pull away by more than five seconds as Sundaramoorthy charged up the pack.

He’d gone from 18th to 10th by half-distance, and with a couple of double moves made his way into sixth with two laps to go. Next up was championship leader Kiko Porto, who put up some defences on his grooved tyres but couldn’t keep him his title rival at bay.

Sundaramoorthy made up another two spots, including passing d’Orlando, to take the final spot on the podium. He’s now out of the title battle though, even though Porto dropped to eighth on the last lap.

Denmark’s post-pitstop run took him to seventh, behind Turn 3’s Christian Weir, and only two seconds off fourth place.