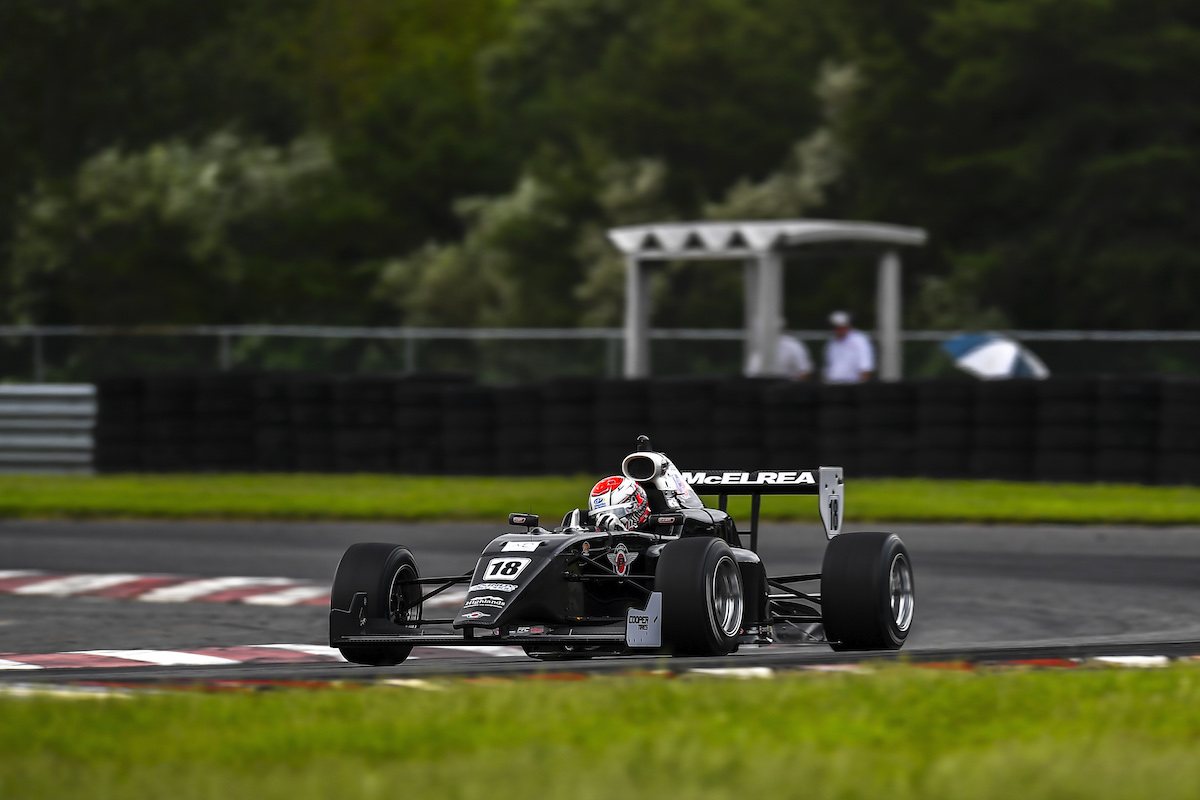 While McElrea retained the lead from pole position, contact through the opening corners for eighth-place starter Rasmussen damaged the rear suspension on his car, forcing him into the pits.

Rasmussen’s Jay Howard Driver Development team fixed his car to get him back out on track seven laps down, and he even managed to claim the fastest lap bonus point before he pitted again to retire, consigned to a ninth-place classification.

Having also finished a lapped ninth in race two after losing his front wing on lap one, Rasmussen’s championship lead has been reduced to 17 points over Braden Eves, who resisted pressure from his Exclusive Autosport team-mate Artem Petrov to finish second.

Pabst Racing driver McElrea opened up a gap of 1.5 seconds on the first lap ahead of Eves and Petrov, who then went side-by-side into Turn 1 on lap two.

As they forced each other deep they were caught by the duelling Reece Gold and Jack William Miller. Gold took the dirt on the outside in avoidance and spun on the damp grass, sending him into the barriers and out of the race.

Miller went on to spin himself just a few corners later, with Kyffin Simpson also going around in avoidance, although both continued at the rear of the pack.

McElrea won by 12.4977s as he took his third win of the season and his fifth straight podium.

Eves and Petrov were separated by a little over half a second, while Jacob Abel took fourth. James Roe headed Wyatt Brichacek and Simpson at the flag.