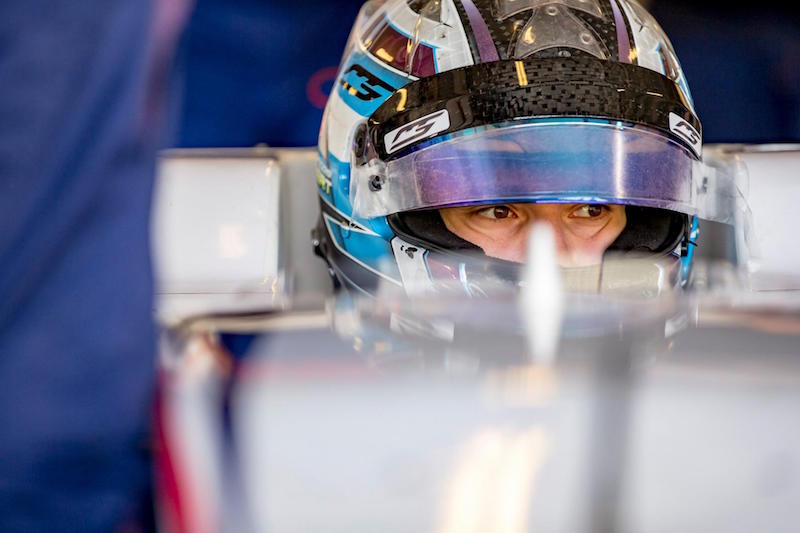 Italian Formula 4 champion Marcos Siebert will run with Campos Racing in the opening GP3 pre-season test at Estoril this week together with ex-Formula 3 racer Raoul Hyman.

Argentine Siebert has been with Jenzer Motorsport through all his racing in Europe thus far – a Formula Renault campaign in 2013 and his two seasons in F4 in 2015-16 ? and has run with the Swiss squad in the GP3 post-season test in Abu Dhabi for the past two years.

Jenzer still has space in its 2017 line-up alongside confirmed drivers Arjun Maini and Alessio Lorandi, but Siebert will instead spend the Estoril test with Campos.

As well as its sole signed race driver Julien Falchero, Campos will also test Raoul Hyman, who sampled DAMS, Koiranen and Trident at the end of last year.

The South African is looking for a return to regular racing after solitary outings in European and BRDC British F3 in 2016.

Campos said that “discussions are currently ongoing between Campos Racing, the Autom?vil Club Argentino and [manager] Eduardo Ram?rez to close a full-season deal” for Siebert, and added there are similar talks with regards to Hyman.

Trident announced last week that Dorian Boccolacci and Ryan Tveter would complete its line-up for the Estoril test alongside Kevin Jorg and Giuliano Alesi.

Nissany to race for RP as Fioravanti swaps teams