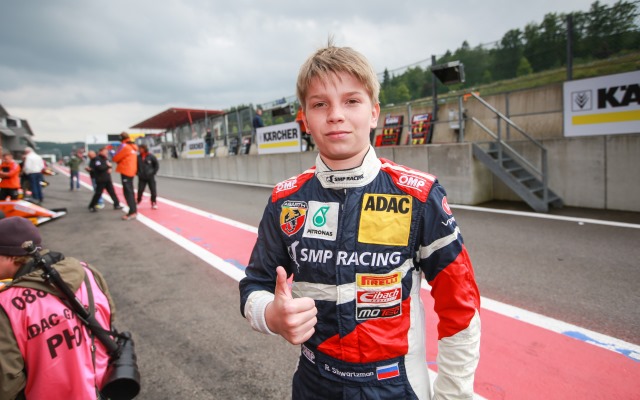 Robert Shwartzman is set to race the third car at top Formula Renault team Josef Kaufmann Racing this year, occupying it at the opening pre-season test at Motorland Aragon that starts on Sunday.

The 16-year-old Russian was a frontrunner in Formula 4 last year for Mucke Motorsport and did test with the outfit’s Formula 3 arm at the end of the year, but appears poised for a Formula Renault switch instead.

Shwartzman enjoys backing from the SMP Racing project, which stated in December that he would join compatriots Nikita Troitskiy, Alexey Korneev and Nerses Isaakyan in competing in Formula Renault this year, without revealing the team.

In the two-day Eurocup test at Aragon he’ll drive the #3 Josef Kaufmann Racing car, joining Jehan Daruvala and Lando Norris who have both had deals with the team confirmed.

In all there are 22 drivers at the test confirmed to race in Formula Renault in 2016, including new Cram Motorsport drivers Rodrigo Pflucker and David Richert.

Also present will be Italian Alex Perullo with the Technorace team he competed with in two Alps series rounds in 2015, as well as American David Porcelli with MGR Motorsport.