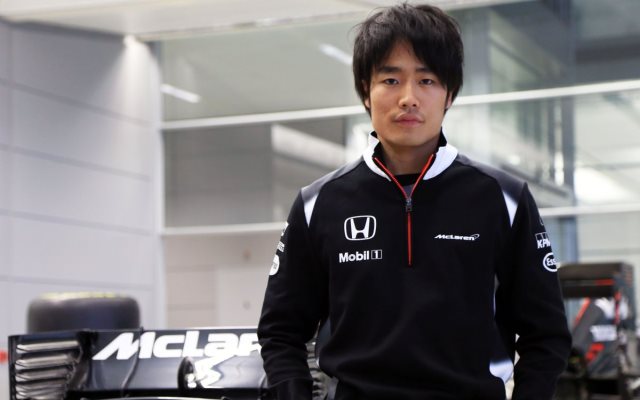 The 22-year-old has become a test and development driver, focussing on “simulator support and engineering work”.

He joins his 2015 team-mate Stoffel Vandoorne as part of the McLaren setup, with the GP2 champion now reserve driver.

Matushista arrived in GP2 last year thanks to the McLaren-Honda tie-up and a relationship with ART Grand Prix, after winning the Japanese Formula 3 title in 2014.

He won a race and finished ninth in his rookie GP2 season, and will stay with ART for a second season in 2016.

?This season I am ecstatic to be joining the McLaren-Honda F1 team as a test and development driver,? he said.

?To step into the world of Formula 1 fulfils a boyhood dream, and is a huge step forward in my career.

“I will do the utmost to help the race team on the track, by gathering data to feed back into the development and set-up of the car through simulator work.

?Last year?s GP2 Series season was a steep learning curve for me. It was my first year racing in Europe ? but, thankfully, my experiences with Honda?s young driver programme meant I was well prepared for the task ahead.

?As a GP2 Series driver, my sole focus for 2016 is to win the championship. I believe that I have the best package around me to succeed and reach my ultimate goal of becoming a Formula 1 driver.?

McLaren’s racing director Eric Boullier added: ?Nobu?s first season racing in Europe showed great promise ? he produced some extremely impressive performances, and with experience and consistency, will surely build on that potential in 2016.

“His position as a McLaren-Honda test and development driver will be extremely important ? he?ll underline and corroborate the learning we acquire at the track, and will play a key role in improving our performance throughout 2016.?