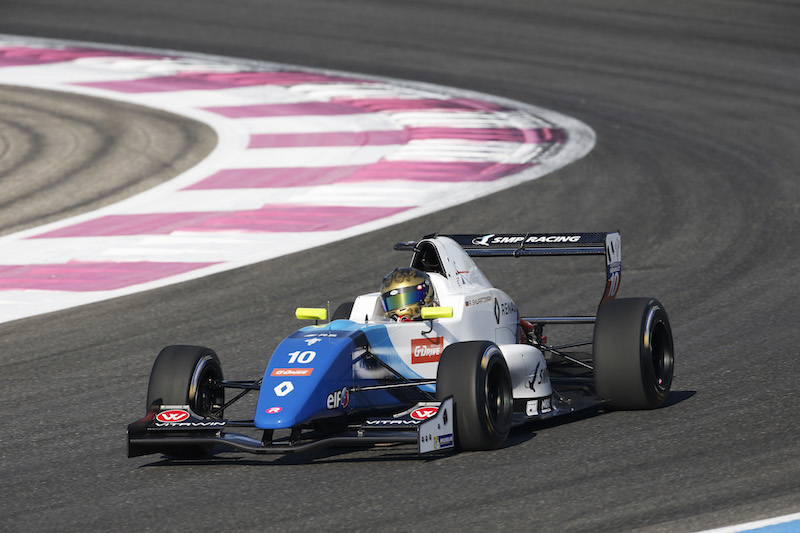 Robert Shwartzman won after last-lap contact with Sacha Fenestraz that sent his Formula Renault Eurocup title rival upside down in the first race at Paul Ricard.

After falling from second to third on the opening lap behind Max Defourny, Shwartzman fought his way back past the Belgian and quickly cut the two-second advantage that pole-sitter Fenestraz had built out front.

He twice got close to challenging the Franco-Argentine before the safety car was deployed with only two minutes left on the clock, seemingly ending the race there.

It restarted however in time for the one final lap to be raced at speed, and Shwartzman got close in the chicane on the Mistral straight, putting the nose of his car inside at the right-hander in the middle of the chicane.

At this point, with Fenestraz already turning in, Shwartzman’s left-front wheel touched Fenestraz’s right-rear, sending the Josef Kaufmann Racing car onto its side and then upside down in the run-off area.

Fenestraz appeared able to exit the car by himself, despite the arrival of an ambulance at the scene.

Shwartzman carried on without significant damage to take the win, but the incident with Fenestraz is under investigation.

“I was already inside, I didn’t do anything wrong.” said Shwartzman after arriving in parc ferme.

“Because he over-braked on the exit, I lunged inside him. There was a space for me.

“He tried to defend but I was already there and I was turning. I couldn’t do anything as I was on the kerb.

“I didn’t want the race to end like this, I don’t feel really happy at all, but for me it was just a racing incident, I didn’t do it on purpose. I’m sorry for my part but it’s a racing incident.” 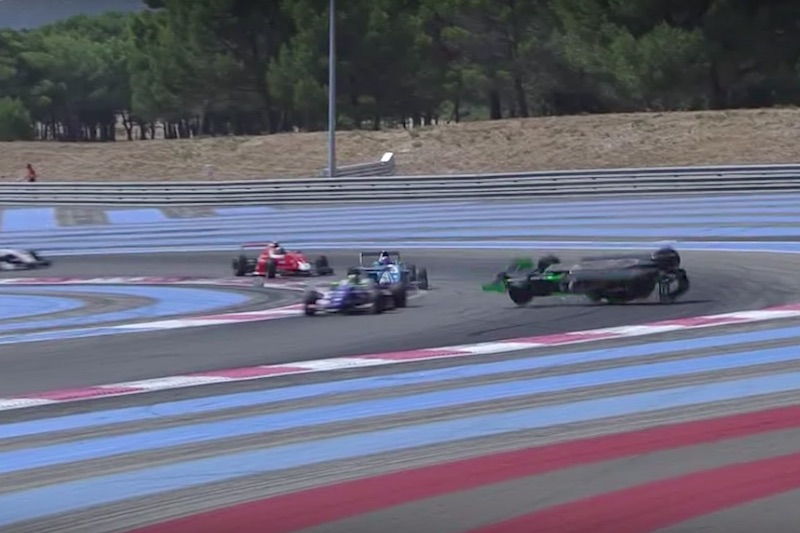 Defourny crossed the line in second, having already been re-challenging Shwartzman for second place just as the safety car was called out.

Yifei Ye scored his second podium finish of the season in third ahead of Will Palmer, who looked set to lose further ground in the title race (having started down in seventh) but could be the big beneficiary if Shwartzman receives any penalty.

Richard Verschoor returned to the points after three events outside them for his best Eurocup result to-date in fifth.

Max Fewtrell came from 10th in the early stages to finish sixth, benefitting from a clash between Dan Ticktum and Gabriel Aubry before passing series debutant Charles Milesi on the way into the chicane on the final lap.