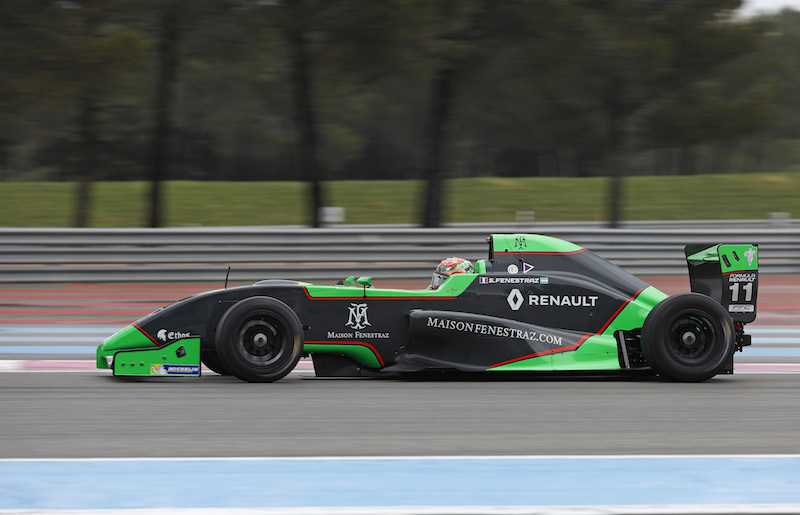 Points leader Fenestraz came out on top in the second qualifying session held on Saturday morning, which this weekend sets the grid for the opening race.

The groups had run in the opposite order in Friday evening’s first session, when after Fenestraz topped his group with a 2m05.077s, Shwartzman managed a 2m04.783s to get race two pole. Again, the Russian was seven tenths clear of his direct opposition.

On both occasions, Fenestraz beat Max Defourny to the top spot in their side of the draw, with the Belgian to start race one from third alongside impressive R-ace GP team-mate Charles Milesi.

Karting graduate Milesi is one of three of the French squad’s four Northern European Cup drivers appearing as guests this weekend, and in the opening session he did well enough for seventh on the grid for race two.

Defourny will start from fourth in race two alongside Gabriel Aubry.

The third driver in the title fight Will Palmer did not fare so well in the two qualifying sessions and will start seventh and sixth in the two races.

Yifei Ye beat Palmer to third spot in their group in qualifying for race one, and will start from fifth with Aubry in sixth.

Palmer will share the third row with Dan Ticktum in the second race, with Milesi and Max Fewtrell behind them.

Ticktum completes the top 10 on the grid for race one behind his fellow Red Bull Juniors Neil Verhagen and Richard Verschoor.