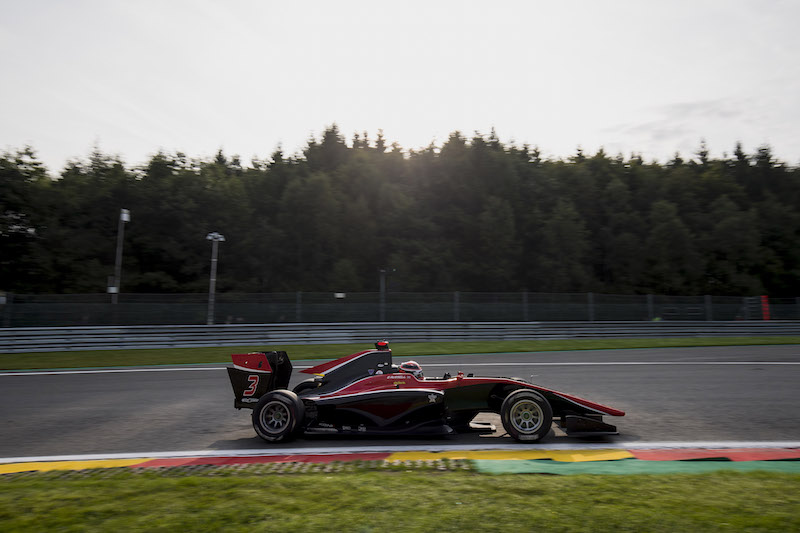 The Mercedes development driver led much of the session thanks to an early flyer of 2m28.448s, which briefly put him over two seconds clear of the rest before his three ART Grand Prix team-mates filled the gap.

Russell seemed to be improving on that benchmark with around 12 minutes remaining, but he chose to pit rather than complete the lap.

When the field returned to the track late on, Russell lost top spot to Arjun Maini, who climbed from third place to go seventh tenths clear with four minutes remaining.

Russell however responded with a 2m27.227s, putting him half a second ahead of Maini and ultimately securing pole position.

Nirei Fukuzumi followed him across the line to move into second, which he cemented with an improved effort at the cheqeured flag, 0.274s off Russell.

Maini held on for third despite a late improvement from Jack Aitken, who was second to Russell in the first phase of the session and had reclaimed that place just before his compatriot and rival’s pole lap.

Ryan Tveter, Steijn Schothorst and Julien Falchero were next, with Tatiana Calderon completing a strong result for DAMS at a track she historically goes well at with 10th.

The two drivers closest to the ART quartet in the standings – Alessio Lorandi and Giuliano Alesi – are set to start from the sixth row of the grid.

The fourth ART driver Anthoine Hubert was second to Russell early on but he finished up 17th of the 20 drivers despite improving on his final lap.

Juan Correa rounded out the field in his debut qualifying following his step up from Formula 4 with Jenzer.