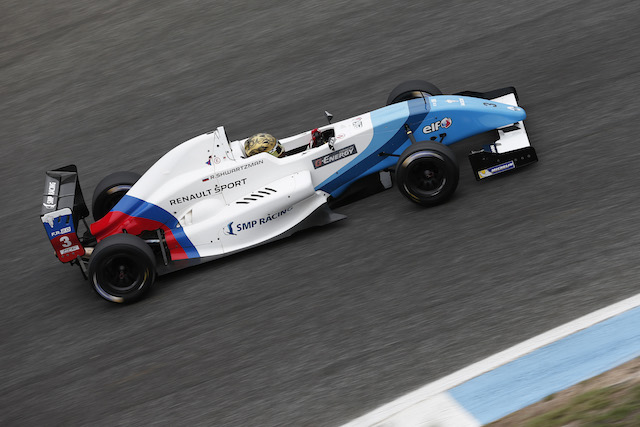 Robert Shwartzman will remain in Formula Renault this year, switching to the R-ace GP team.

The 17-year-old Russian made the step up from Formula 4 in 2016 and came eighth in the Eurocup standings and sixth in NEC, taking two race wins in the latter.

He did all three days of the GP3 test in Abu Dhabi last month with Koiranen, setting up a potential move into the series, but backer SMP Racing has now?revealed he will spend?a second season in Formula Renault.

Shwartzman will move from Josef Kaufmann Racing – which won the 2016 Eurocup and NEC titles with Lando Norris – to R-ace GP, which ran Max Defourny and Will Palmer to race wins last year.

Shwartzman becomes the third driver to seal?a place with the team, after Palmer and Italian F4 graduate?Raul Guzman.

“I am pleased that he will race for our team this year, and I am sure we are capable of fighting for the title.”

Peter Aleshin, head of SMP’s young driver programme, commented: “This is a logical step in the continuation of Robert’s career.

“He is familiar with the car, and progressed steadily during last year. The team is good too.

“I am sure Robert will show good results and fight for a?place in the top three this season.”