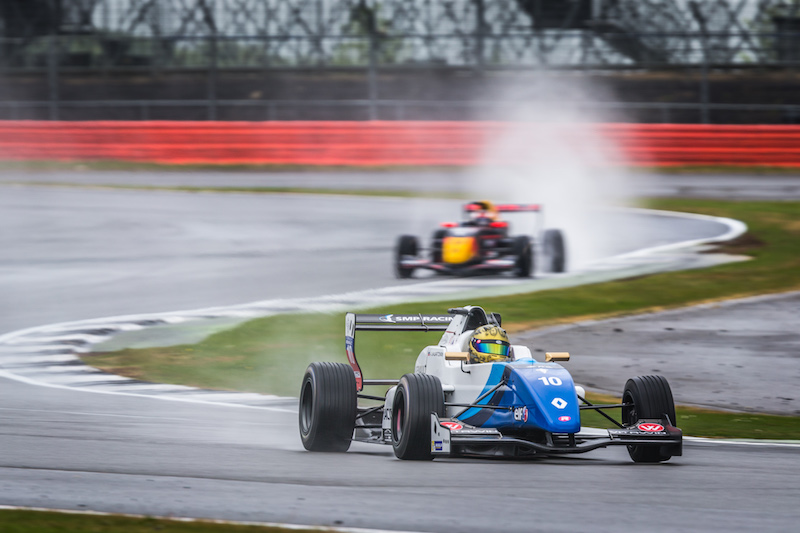 While the first segment for Group B drivers – headed by Max Defourny – was run entirely on wet tyres, the track tried enough for most of the Group A drivers to pit for slicks after their out-laps.

Dan Ticktum had started the session on slicks though, and bettered Defourny’s benchmark by three seconds on just his second flying lap.

The Red Bull Junior was then a quieter force in the middle of the session as the likes of Richard Verschoor and Shwartzman took turns on top, before he posted a 2m03.046s to reclaim top spot after the chequered flag.

Shwartzman had just beaten the flag when he recorded his previous effort though, and the SMP-supported Russian went 0.922s faster than Ticktum on his final effort.

There was a slightly surreal conclusion to the first group when the session was halted by a red flag with two minutes and 21 seconds left on the clock after attempts to push?Jarno Opmeer out of the Chapel gravel trap failed.

At the restart, the drivers raced side-by-side to try to make it to the line in time to start a timed effort, but nobody managed it.

Sacha Fenestraz, who was second quickest to Defourny, ran at the front of the queue and was placed under investigation for driving “unnecessarily slowly”.

Provisionally, the Franco-Argentine will line up fourth alongside Ticktum, with race one winner Will Palmer to be joined?by Ticktum’s Arden team-mate Ghislain Cordeel on row three.

Gabriel Aubry and Raul Guzman will line up on row four, with Verschoor and Max Fewtrell rounding out the top 10.

UPDATE:?Defourny, rather than Fenestraz, was investigated and handed a four-place grid penalty. Ticktum therefore joins Shwartzman on the front row, followed by Fenestraz, Palmer, Cordeel and Defourny.