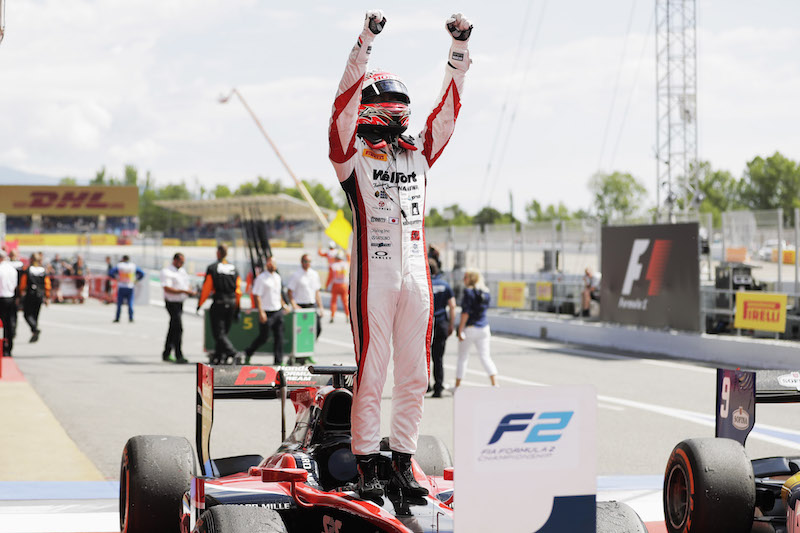 Nobuharu Matshushita took victory in the Formula 2 sprint race at Barcelona after a mistake from race-long?leader Nicholas Latifi with just a few laps remaining.

He then led until lap 22 of 26, before he made a mistake and went into the gravel trap at Turn 5. He was able to re-join but lost out to ART driver Matshushita.

And it got worse for Latifi when DAMS team-mate Oliver Rowland got by, with the aid of DRS, at Turn 10 on the same lap.

Despite battling hard into Turn 1 to try and get second place back, Rowland kept second place, with Latifi finishing third on the podium.

Championship leader Charles Leclerc finished in fourth after making his way up from eighth place, including a prolonged battle with his former GP3 team-mate Alex Albon.

Both drivers pushed hard and it appeared to take more out of Albon?s tyres, as he began slipping down the order although he did hold on to beat Markelov to the final point in eighth.

Leclerc forced Malja wide through Turn 1 on lap 14, which cost him momentum through the next series of corners.

Malja had been?on course for a podium but lost two positions in one lap when Matshushita overtook on lap 14 at Turn 1, before Rowland went through a few corners later.

He later lost fifth place when Jordan King, on a late-race charge after managing his tyres, overtook.