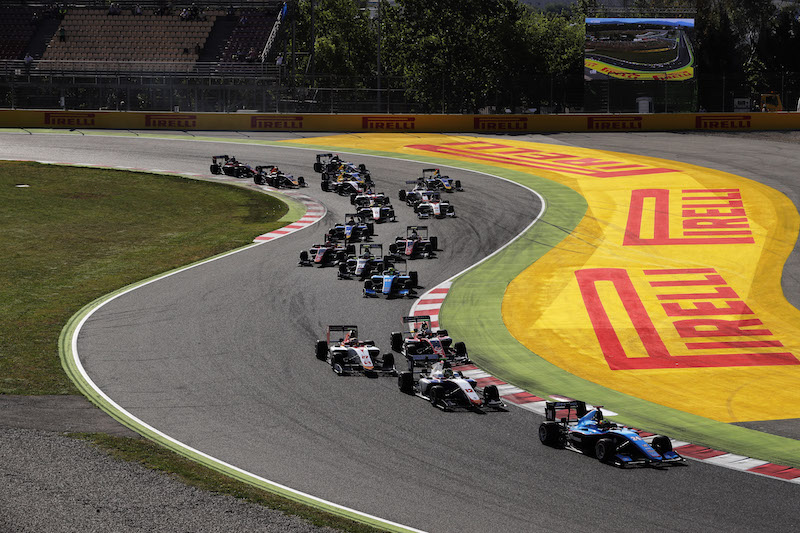 Arjun Maini fought off Dorian Boccolacci to win the GP3 reversed-grid race at the opening round at Barcelona.

Maini, who this week joined the Haas Formula 1 team as a development driver, took the lead from second on the grid past pole-sitter Raoul Hyman, with Boccolacci moving up to challenge him entering the first corner.

On lap five the pair went side-by-side through the opening corners, and a lap later Boccolacci got ahead at Turn 1 but Maini fought back, banging wheels as he got back past.

Another lap later and Boccolacci was having to fend off fellow Frenchman Anthoine Hubert, helping?Maini to escape out front.

The Indian opened up a six-second advantage over Boccolacci over the rest of the 17-lap distance.

Maini’s team-mate Alessio Lorandi made it a one-three finish for Jenzer Motorsport with a repeat of his result from race one from sixth on the grid, passing Hubert into Turn 1 on lap 13.

George Russell lost places off the start, as he did in race one, but fought back to fifth past Hyman with three laps to go.

One lap later, ART team-mate and race one winner Nirei Fukuzumi repeated Russell’s trick of using his last of four permitted?DRS uses to get ahead of a defenceless Hyman down the straight.

Santino Ferrucci took the final point on offer in eighth.

Qualifying pole-winner Jack Aitken finished 12th, having had to start at the back of the grid following his race one retirement while chasing Fukuzumi for the win.

Leonardo Pulcini, who finished second on his GP3 debut in race one, pitted at the end of the first lap to replace a broken front wing and finished 17th.