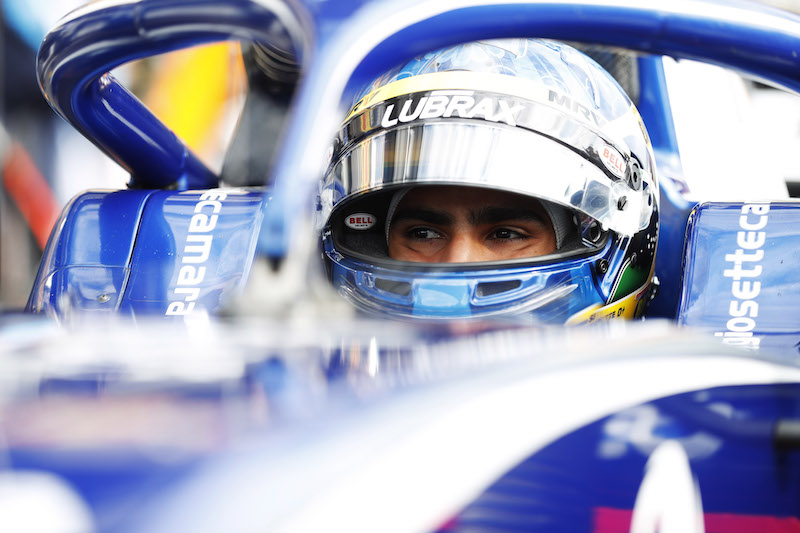 Sergio Sette Camara led Formula 2 practice at Monza ahead of Artem Markelov, who ended the session beached on the kerb at the first chicane.

The session began with a damp circuit following earlier rain, with a handful of cars taking to the track on wet tyres before it tried sufficiently for all the drivers to be on the medium compound slicks.

With conditions continuing to improve throughout, Sette Camara took top spot away from Markelov by 0.048 seconds inside the final minute.

That came just as Markelov had spun at the first corner and got the rear of his car beached on the raised kerb inside Turn 2, bringing out the yellow flags.

Championship leader George Russell took seventh with a late lap despite being hampered by Alessio Lorandi in the final sector – that after Lorandi had shown frustration at being up behind Russell on a previous lap.

Russell’s rival Lando Norris ended up ninth behind Arjun Maini and also suffered with traffic, coming across the two ART Grand Prix cars side-by-side through the Parabolica on one lap and encountering slow cars in Ascari on another.

Spa winner Nyck de Vries failed to set a time, spending most of the session in the pits with an apparent technical issue, although he did get back out on the track at the end.