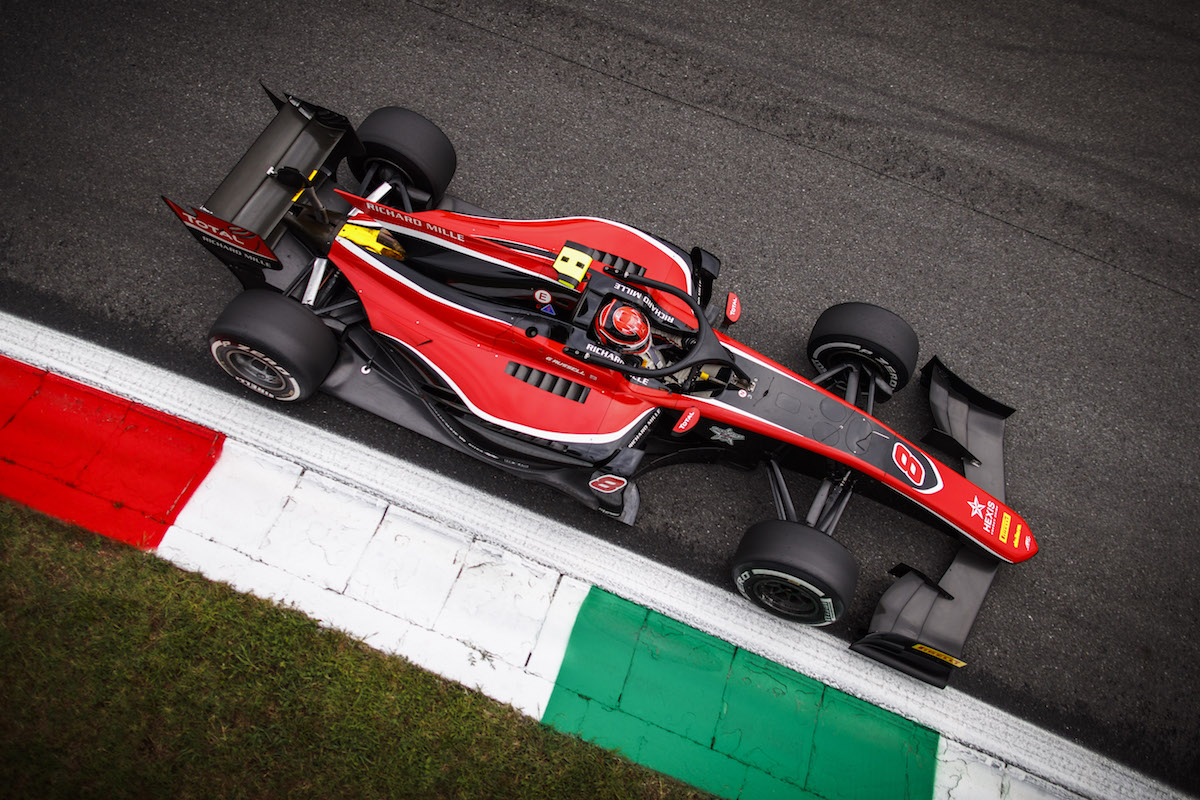 Russell has seen his advantage over Lando Norris reduced to just five points over the last two rounds, but for the fourth time this season claimed the four bonus points on offer for pole, while his rival could only manage seventh.

It was instead Norris’ Carlin team-mate Sette Camara who posed the major threat to Russell, and the practice pace-setter sat atop the times after the first laps, 0.17 seconds ahead of ART’s Russell.

That’s how it remained for much of the session, with Luca Ghiotto the only driver to improve on the second flying laps on the first set of supersoft tyres to move up to fourth behind Alex Albon.

On the second runs on fresh tyres near the end of the session, Nicholas Latifi was the first driver to knock Sette Camara off top spot, but he was quickly dislodged by his DAMS team-mate Albon running in his slipstream.

Russell then immediately went 0.343s faster with the benefit of a tow from Albon.

Sette Camara on the other hand ran in total isolation on track with no slipstream and ended up just 0.054s adrift of Russell’s time, much to the Brazilian’s frustration.

Artem Markelov split the DAMS drivers to take fourth on the grid, with Antonio Fuoco in sixth for Charouz.

Norris, who began Friday with his second free practice outing for McLaren, was 0.645s adrift of pole in seventh ahead of Arjun Maini, Ghiotto and Louis Deletraz.

Spa feature race winner Nyck de Vries was 11th, just over a second away from Russell, after failing to set a time in practice due to a technical problem.

Dorian Boccolacci suffered a gearbox issue in qualifying that left him at the bottom of the times.