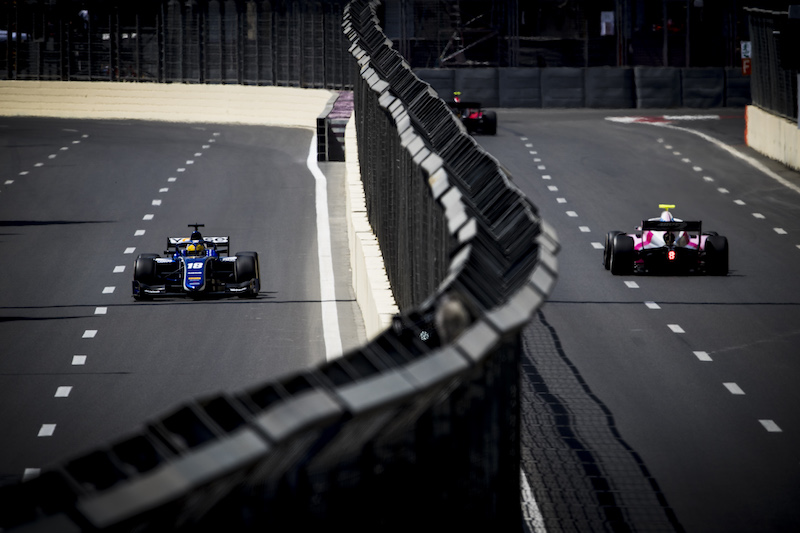 Bahrain sprint race winner Artem Markelov and Alexander Albon stopped on track in the first 15 minutes, with Albon doing so near the pit exit. The Virtual Safety Car was required to move the stricken cars.

Prema pair Nyck de Vries and Sean Gelael were first and second at this point, but were quicky displaced by Camara, who then traded lap times with team-mate Lando Norris and Campos Racing’s Luca Ghiotto.

MP Motorsport’s Ralph Boschung also briefly went fastest, and had slipped back behind Camara when the VSC was brought out for its compulsory test use.

Green flags were waved for the final two minutes, with Ghiotto reclaiming second.

These top seven drivers were all within a nine tenths of the top time, with a near four tenth gap before the next bunch of cars headed by Charouz Racing System’s Antonio Fuoco.

Notable drivers at the back included Markelov, whose Russian Time car didn’t return to track, and de Vries, who set a late lap to climb to 17th, one place behind Nicholas Latifi.