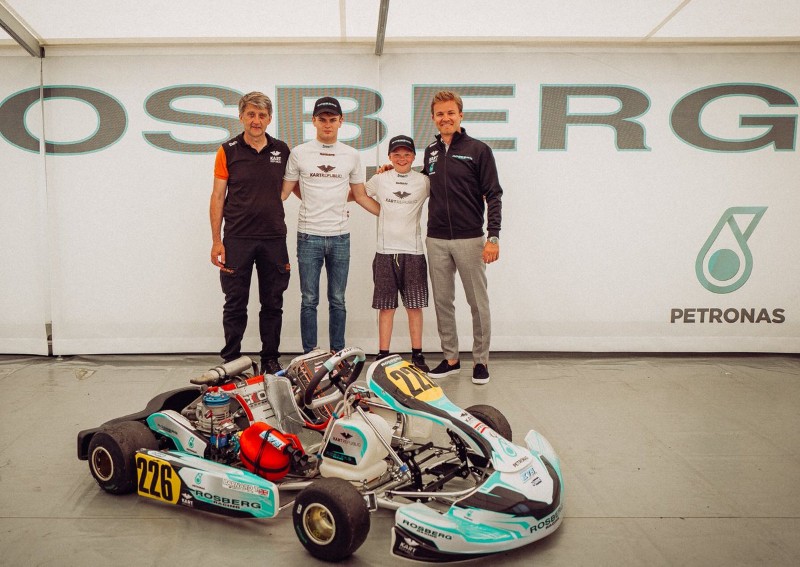 Taylor Barnard, a 13-year-old from Britain who is racing in the OK Junior class for the first time this year, is joined by Italian Lorenzo Travisanutto, the winner of the WSK Super Master Series and Final Cup in the OK class in 2016, who finished third in the CIK-FIA European championship last year.

Rosberg has set up the academy with the assistance of Dino Chiesa, his former karting mentor and runner of the McLaren and Mercedes-backed MBM team that Rosberg and rival Lewis Hamilton drove for in 2000 and ’01. Backing has also come from oil company Petronas, a long-time partner of the Mercedes F1 team that Rosberg used to drive for.

“Dino is the best in the karting world and I believe in the performance of Dino’s own Kart Republic Chassis which we will be using,” said Rosberg.

“He was my boss in all my international karting years. The most successful year was when Lewis and I were in Team MBM and Dino lead us to great successes.

“We have been friends ever since, so it is special to now join forces to support the stars of the future. We look forward to taking on the karting world together”.

Chiesa added: “Today the development of a driver is not only turning the steering wheel. It’s more than that. It’s more about engineering, marketing and media.

“That’s why I believe that Nico and I are a good mix to support talent.”