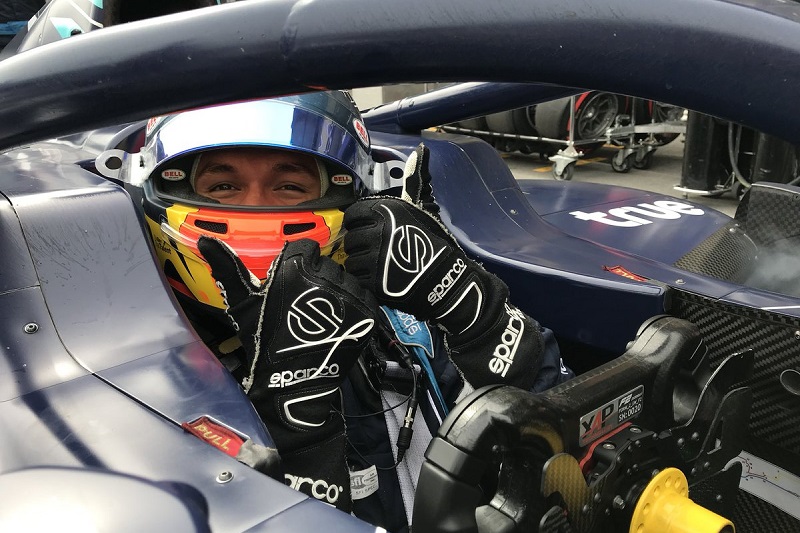 Alexander Albon took his first Formula 2 pole in Baku qualifying, even though the Thai is still not certain to race at DAMS beyond this weekend.

Albon, competing in Baku for the first time after missing out to injury last year, moved to the top in the first half of the session after getting a tow from championship leader Lando Norris down the long straights that form the third sector of the lap.

Campos Racing’s Luca Ghiotto and Carlin’s Norris headed Albon at one point, but the DAMS driver bettered his time to take pole by two tenths of a second over Norris.

Norris, Ghiotto and ART Grand Prix’s George Russell didn’t get another opportunity to set a lap after Albon’s team-mate Nicholas Latifi span and got stuck on track, bringing out the red flags.

Russell beat Ghiotto to third, with Trident’s Santino Ferrucci getting his best ever qualifying result in fifth.

Maximilian Gunther was 11th fastest for Arden. After being stranded on track due to flaming brakes in free practice, this time he came to a stop at turn 1 and caused a red flag.