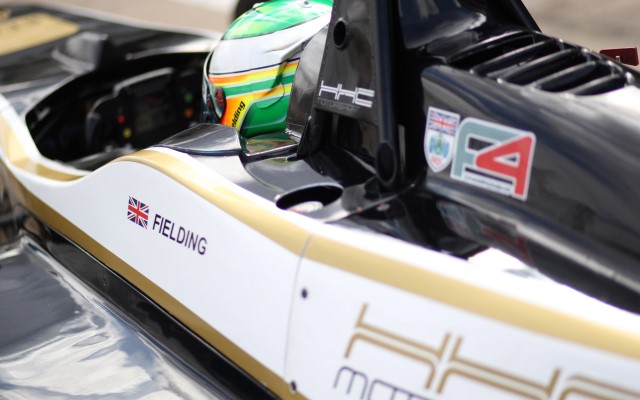 Sennan Fielding completed his trio of wins in the fifth round of the BRDC F4 season at Silverstone in race three, becoming the first ever driver to win all races in a weekend in the championship.

As in the previous two races, Fielding had to see off late pressure and claimed victory by just 0.411 seconds – his largest winning margin from the weekend.

The attack came from Fielding’s HHC team-mate Raoul Hyman, who overtook Struan Moore for second place on lap six and then cut the lead down from 1.7 seconds in the remaining four laps.

Fielding, who hadn’t won a race in the championship before this weekend, held on though and has now moved up to third in the standings.

After an early retirement in race two, Moore claimed his second podium finish of the weekend. Arjun Maini held off series debutant Alex Palou to take fourth, while championship leader George Russell had a quiet run to sixth – symbolic of a weekend where he failed to finish a race inside the top four. Hyman has closed to within 11 points, and Fielding is just 29 points in arrears.

Will Palmer had another charge up the order, this time from 17th to seventh, with Chris Middlehurst, Gaetano Di Mauro and Diego Menchaca completing the top ten.