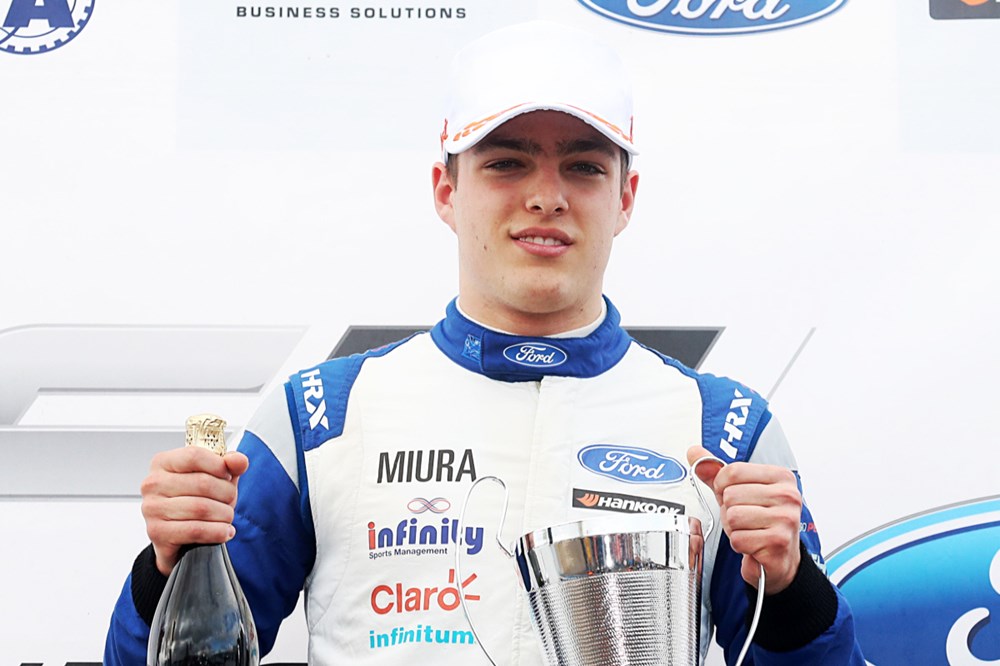 Alvarez has spent the last two years in British F4 with Double R, and his second season included five wins and 14 other podiums.

He lost out on the 2019 title in the final race of the year to Carlin’s Zane Maloney, but he did help Double R secure the teams? title for the first time.

?I am really happy to continue working with Double R for a third year in a row,? said Alvarez.

?It?s been a busy off-season and I am really looking forward to the beginning of the championship, to start racing again.

?It?s fantastic to be making the step up into BRDC British F3, especially off the back of such a strong and successful season in F4 with the team last year.

?Everyone works together really well and the team has had a lot of success in F3, so we?re aiming for a very strong season together.?

Team Principal Anthony ‘Boyo’ Hieatt added: ?Sebastian really came of age as a driver last season in British F4, he put together a fantastic championship and his pace was outstanding.

?Only bad luck prevented him from winning the title, but his performances showed he?s definitely ready for the step-up into F3.

?It?s fantastic for us to continue working together for a third year, we?re really looking forward to it.

?We?re delighted to complete our three car line-up for the new season and we?re as determined as ever to challenge for podiums, race wins and the title.

?We?ve got a fantastic squad with Sebastian, Louis [Foster] and Benjamin [Pedersen] and I?m confident all three will have a big impact.?

In addition to F4 team-mate and title rival Louis Foster, Alvarez will face Lanan Racing’s Bart Horsten once again, and could face off against Luke Browning for a second year in a row if the Briton can get the budget for F3.