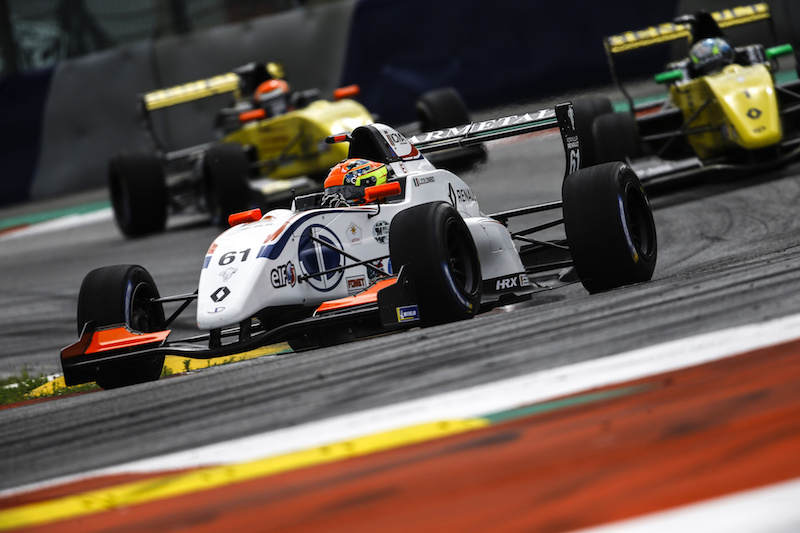 This year’s Formula Renault Eurocup was largely dominated by the French marque’s own proteges, but an Italian underdog was a frequent thorn in their side. Peter Allen profiles Lorenzo Colombo.

As the nation’s recent absence from the Formula 1 grid shows, making it to the top of motorsport as an Italian driver isn’t easy these days. Nonetheless, a number have demonstrated their talent despite relatively modest backgrounds: Antonio Giovinazzi has gone all the way, Luca Ghiotto is established in Formula 2 and Leonardo Pulcini performed giantkilling acts in GP3 this season.

In this year’s Formula Renault Eurocup, Lorenzo Colombo was regularly among the leaders during his rookie campaign, helping the relatively small Italian outfit JD Motorsport take on more-fancied teams. Twice evaluated at Fiorano by the Ferrari Driver Academy, 18-year-old Colombo hopes that such performances will now help his career get the backing it needs.

Born in Legnano – a half-hour drive from Monza – Colombo was introduced to karting by father Giuseppe, an eight-time Italian off-road champion. He went on to be a leading contender in the 60 Mini category and then spent two seasons in KF Junior, the highlight of which was second in the Andrea Margutti Trophy.

Colombo has twice won the Automobile Club d’Italia’s annual Supercorso Federale, an on-track assessment for leading Italian karters and junior formula drivers. It was his first triumph in 2015 that convinced him to step up to cars in Italian Formula 4 the following year, aged 15.In a season split between the BVM and Bhaitech teams, Colombo came 12th overall but second in the rookie standings behind Prema’s Juri Vips.

After winning the Supercorso again, he returned with Bhaitech for 2017 and led the championship following a second-round win at Adria. He was overhauled by Prema-run Ferrari junior Marcus Armstrong, and although a second win in the final race at Monza helped him finish third in the standings, he admits “I was aiming for something more.” 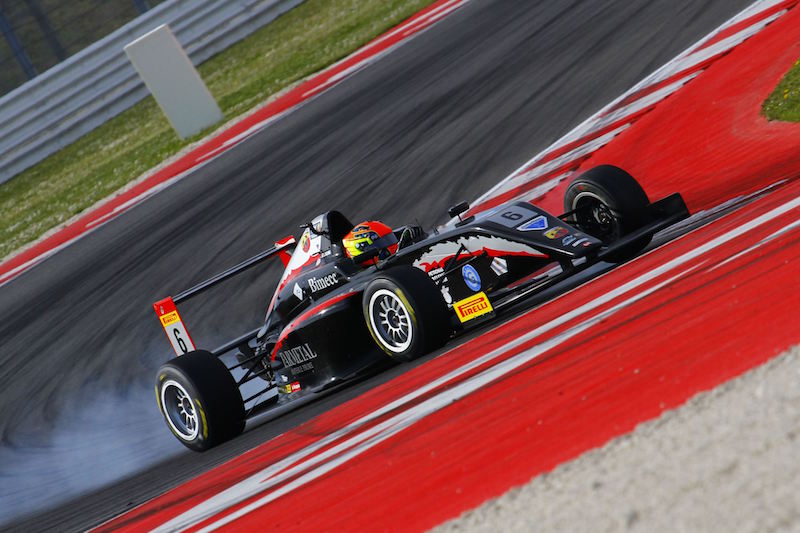 The result did earn him an invite to the Eurocup rookie test in Barcelona, a day after a debut Euroformula Open outing at the same circuit. Driving for JD, he gelled with the car immediately, finishing the day as the best newcomer, just 0.004 seconds off top spot, and promptly signed on for the 2018 season.

“I was actually feeling good with this car from the first moment here in Barcelona when Renault called me,” Colombo tells Formula Scout 12 months on from that test at the 2018 season finale.

“I was really surprised even there because I didn’t know how I could be on top or really close to the first guys. So I think that I found a good feeling immediately with the car, and I was able to learn quickly and get the right setup. I think this was the [result of] massive work that I have done and the team has done, so I think we are really happy with that.”

While JD Motorsport had run four consecutive Eurocup champions at the end of the 1990s, it had yet to win a race since returning in 2014. Colombo quickly showed this was no barrier to being competitive. He only narrowly missed the podium in his first race at Paul Ricard, and a week later shone at Monza. He topped his qualifying group on Saturday and came third in the first race, before taking pole on Sunday and finishing second.

“I am particularly happy with the Monza weekend,” he says. “Partly because it’s my home circuit and I know the track, but it’s the weekend where everything was good: the car, the timing, everything. I was so close to getting my first win but in the end [Christian Lundgaard] overtook me on the straight. At Monza it’s quite hard to keep the same position until the end. But I think that weekend was just perfect.” 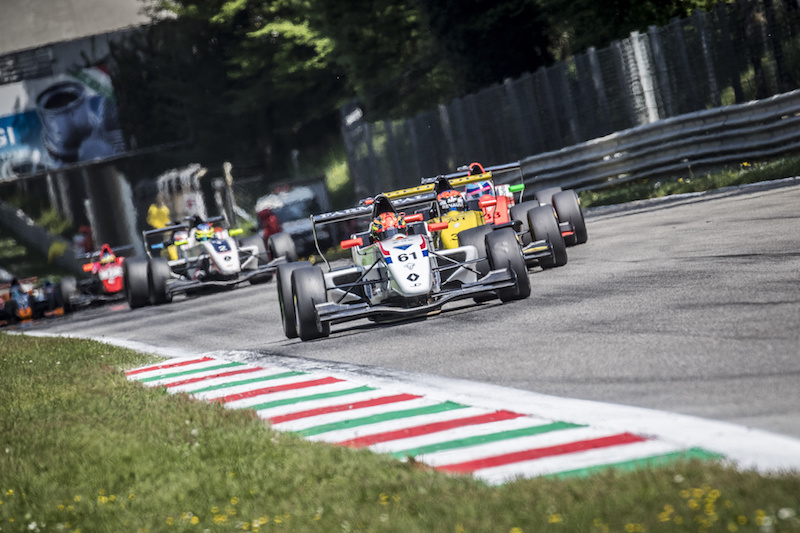 Next time out at Silverstone, Colombo lost pole to a track limits offence, but he bounced back from a tough Monaco weekend with a strong showing at the Red Bull Ring. He was third in a rain-shortened first race, then battled Victor Martins for victory in the second, holding off two other Renault juniors Max Fewtrell and Lundgaard for second, only to be penalised afterwards for a false start. He couldn’t make the most of another pole at Spa, but showed great racecraft in his charges to third in Hungary and fourth at Hockenheim.

“There were many occasions during the second part of the season where I overtook a lot of people. In Hungaroring race two, which was wet, I overtook four people in two minutes. Then Hockenheim race two, I overtook 13 people.”

Colombo arrived back at Barcelona for the final round realistically guaranteed sixth in the standings. Although a breakthrough win eluded him, he did claim his fifth podium of the year.

For a young driver who’s raced almost exclusively for Italian teams so far, Colombo is impressively at ease in English and gives a detailed verdict on his campaign.

“I’m happy about the first part of the season, because we definitely had the pace to stay with the first guys,” he says. “I was really surprised because I felt I couldn’t be on top like R-ace GP or MP Motorsport, we knew that we are not in the best team, but I definitely changed my ideas when I saw the first three events because I was already on top like them. But the second part of the season was trickier, and even mistakes were made from Friday night to Saturday morning, so when the time counted in qualifying my car was not so good. But this happens and we should learn from that. 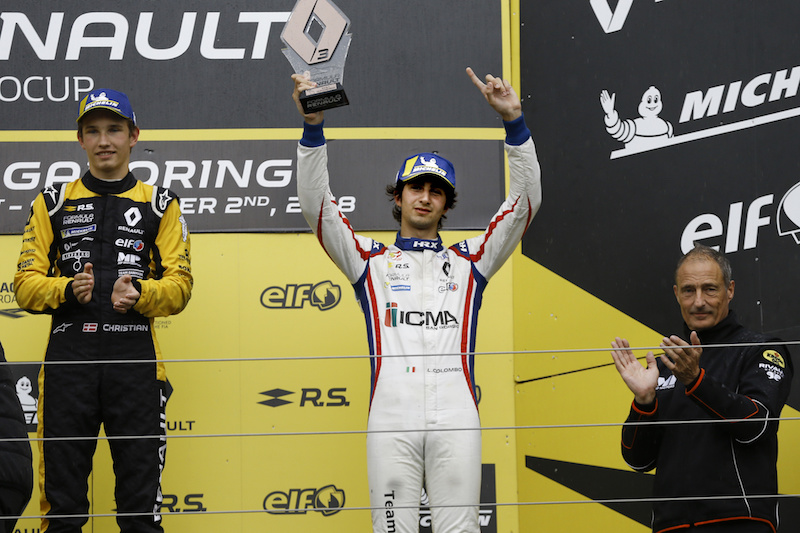 “I was hoping for a top three finish for this year. But like I said, it’s really hard to race against these teams because they have good drivers and they already know how the car setup is, they tested more, so I was really recovering session by session. I’m pretty happy with the work I’ve done with the team, because we worked a bit harder in the winter tests and in the end I think it paid off for making a good setup. It was just that we didn’t put everything together, so that’s why I’m here and not in the top three.”

He is similarly frank about his future, with his limited funds defining his 2019 plans.

“I feel ready to go up in the categories, but it depends about the prices because the costs are really high, and I’m looking for help from a driver academy. That’s why I chose the Renault championship for that, because they wanted me, and I’m really happy about the championship, but I was hoping for something more.”

In both 2016 and 2017, Colombo was selected for Ferrari Driver Academy assessments at Fiorano, but as he admits, his lack of funds probably counted against him.

“The experience was actually fantastic. Just being called by Ferrari for me was amazing but I was called two times by Ferrari, which I think [makes me] the only driver who was called two times. So I was really happy and proud about that. But at the end I didn’t join the academy because they think about more the money and not the talent. That’s my feelings. But I think they have reason to do that.”

Immediately after the final Eurocup round, he had a run out with R-ace GP (and gave the team a low-key Italian F4 debut) and later had two days of GP3 testing with MP Motorsport in Abu Dhabi.

“I just need for next year someone who really believes in me. I think I showed during this year a lot of good things. I don’t know if someone is there, I’m just waiting. But I think I have the pace and I’m ready for higher categories.” 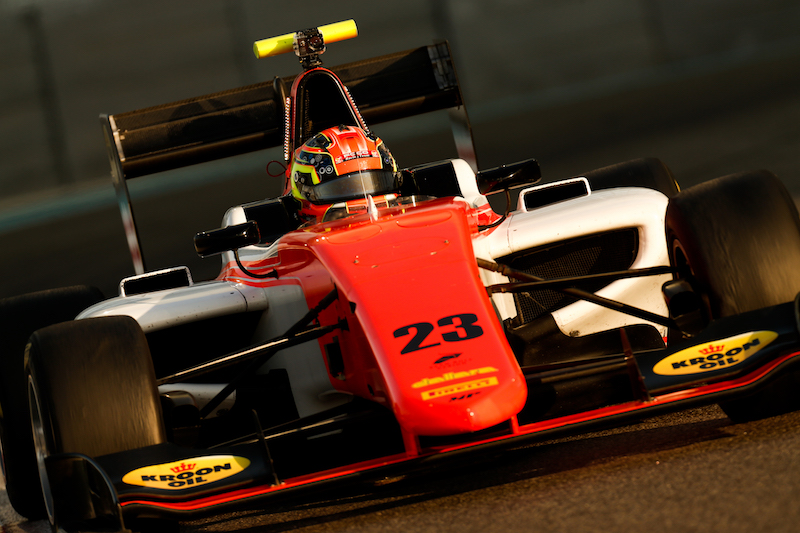