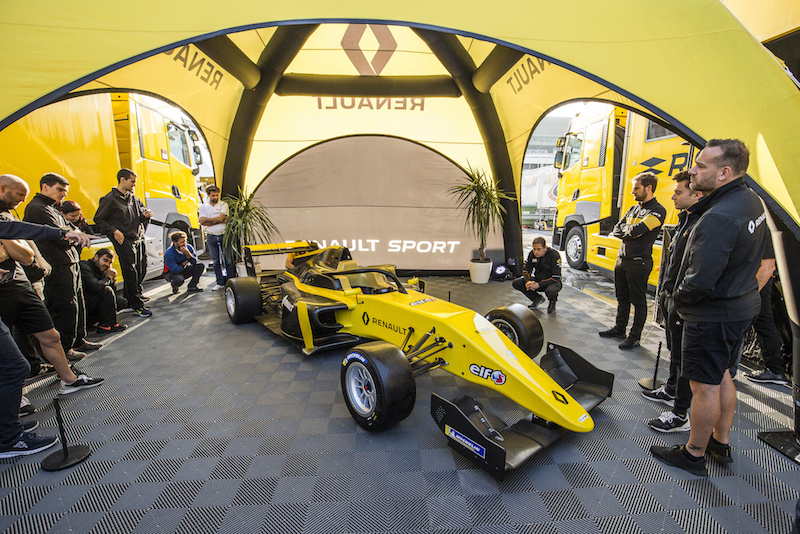 The Formula Renault Eurocup will visit Abu Dhabi for the first time next year for its season finale.

Confirmation of the Yas Marina date in the last week of October is one of two updates made to a provisional calendar that was released over the weekend of the 2017 finale at Barcelona.

The Red Bull Ring date scheduled for July 12-14 – which was seemingly set to be shared with the rival Italian-run Formula Regional European series – has been replaced by a return to Hockenheim on October 4-6.

The Abu Dhabi round will be the championship’s first visit outside of Europe.

“Always paying attention to costs control, Renault Sport Racing and its partners will allow competitors to compete in this final showdown in the same conditions as traditional rounds,” read a statement.

Pre-season collective tests will be held at Magny-Cours, Paul Ricard and Barcelona, with additional pre-event tests to be organised before the Monza, Silverstone, Spa, Nurburgring and Hungaroring dates.

On Monday, Josef Kaufmann Racing – one of 10 teams pre-selected for the 2019 season – announced its withdrawal over uncertainty around the championship’s new car package.

Renault Sport Racing says “new squads are lining up to try to secure their place on the grid”.

Hankook has replaced Michelin as sole tyre supplier to the Eurocup from next season.

The Korean firm has supplied European Formula 3 (through its deal with parent series DTM) as well as the British, Spanish and North European Zone Formula 4 series over recent seasons.

Hankook will support a new prize for the best rookie in each race, awarding one set of tyres.