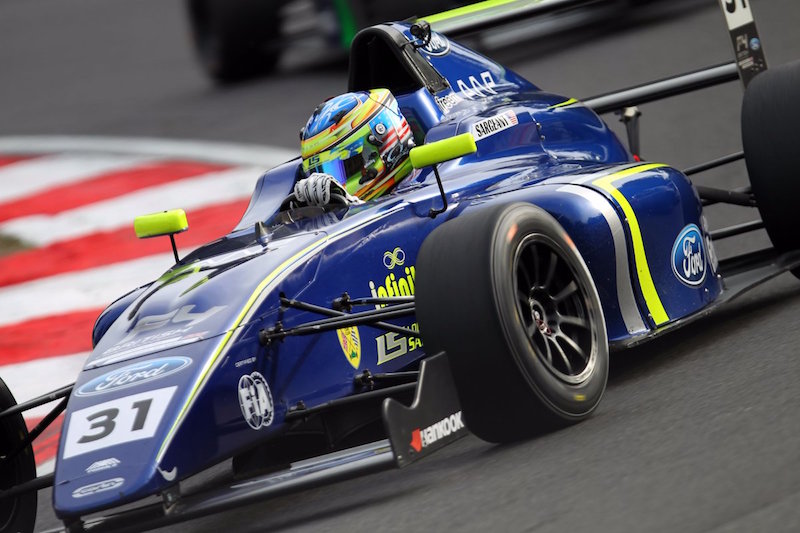 In the second of our new series profiling up-and-coming talent, Ida Wood looks at a rising American star who’s shown good progress through his first season in cars.

Logan Sargeant did not have the easiest of seasons in British F4, and he certainly did not intend to end it at Brands Hatch by spinning out in the damp.

The mistake potentially cost the American second in the standings, but that’s a position it would have been difficult to imagine him in earlier in the season.

Sargeant stepped up from karting at the end of 2016 with a big reputation, as last year’s WSK Champions Cup winner in the OK class as well as being the 2015 World Junior champion.

His first racing experience in cars came in the 2016-17 F4 UAE championship, where he finished second place 12 times in 18 races on the way to second in the standings with Motopark behind the team’s seasoned ADAC F4 racer Jonathan Aberdein.

Having concurrently tested with Carlin, he then signed with the team for the 2017 British F4 season.

Results didn’t come immediately though, and it wasn’t until the ninth race of the season that Sargeant stood on the podium, and not until the next round at Oulton Park that he qualified on the front row. 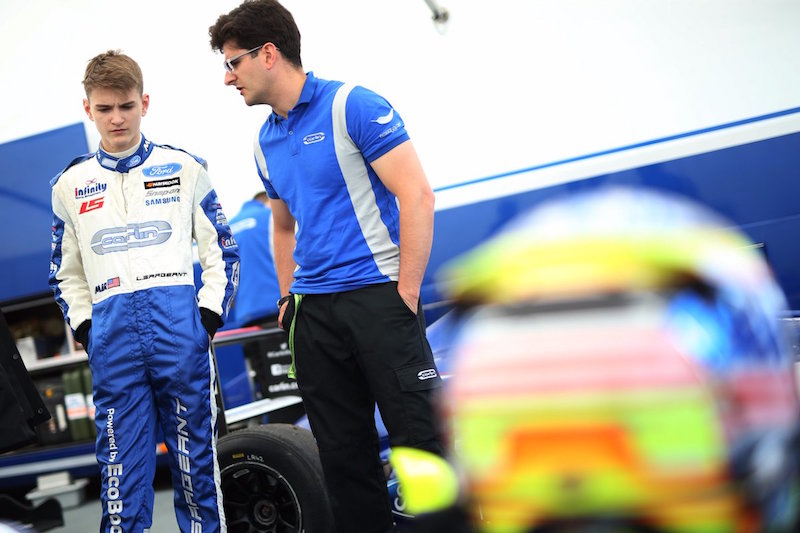 “I think the beginning of the year wasn’t amazing, but we worked hard and we’ve been getting good results lately. We’ve had a good run since the break,” Sargeant told Formula Scout at the Silverstone round.

Sargeant left the Brands Hatch season opener sixth in the points, dropping to eighth after Donington Park after only one top-five finish, and rising up to fourth after Thruxton thanks to his first podium of the season.

At Oulton Park he rose once again to third, and in the space before the next round at Croft he travelled to Paul Ricard to do a round of the V de V Single-Seater Challenge, which uses Formula Renault 2.0 chassis.

According to Sargeant, it was “just to feel the Formula Renault; see how it was” ahead of a probable future in the car.

One-off it may have been, but it resulted in Sargeant’s first pole and victory in car racing, and started a run of results that eventually brought Sargeant 20.5 points short of second in the British F4 standings.

On his return to Britain he was on the podium twice at Croft, and at Snetterton he had another strong weekend, but two wins for Oscar Piastri meant the man in second place in the standings now had a 50.5 point lead over the American.

A four race Knockhill weekend saw the gap between the pair stretch out even more, despite Sargeant finishing on the podium twice once again, but at Rockingham it finally came good, and Sargeant became a British F4 race winner. 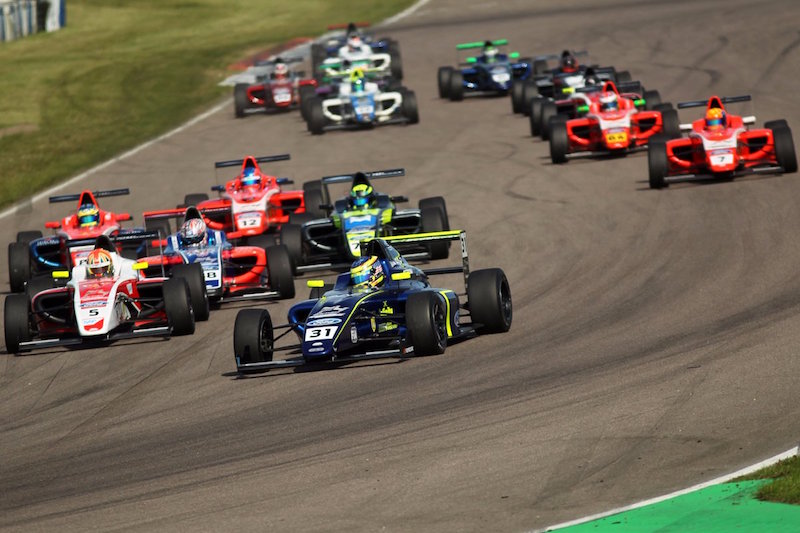 A singular point scored for Piastri meant there was now only 6.5 points between them, and this gave Sargeant extra impetus to perform.

At Silverstone he beat champion-elect Jamie Caroline for victory in the second race, but otherwise looked to be struggling at the high-speed track. That meant he went into the season finale, held on the Brands Hatch Grand Prix circuit, 18.5 points behind Piastri.

A second place in the first race reduced the gap, but despite being denied another podium in the second race thanks to a strong defensive drive by Manuel Sulaiman, he reduced the gap further thanks to finishing ahead of Piastri.

The pair entered the final race of the season split by 10.5 points, and when Carlin team-mate Caroline started to protect Sargeant from behind by defending heavily, it gave the American the perfect opportunity to end his season on a high.

It was not to be, neatly summarising Sargeant’s season as one of great promise, but not always producing the results he might have expected. Still, it’s still early days in his career and he takes away two victories, two poles and two fastest laps, and perhaps most promisingly, he was the top scorer after the summer break.

He’s already looking forward though, recently making further Formula Renault appearances at Hockenheim in the Northern European Cup and Barcelona in the Eurocup with the same R-ace GP team that he drove for in V de V. A fourth in Germany and pair of top 10s in Spain, he heads into winter testing with some promising early results under his belt. 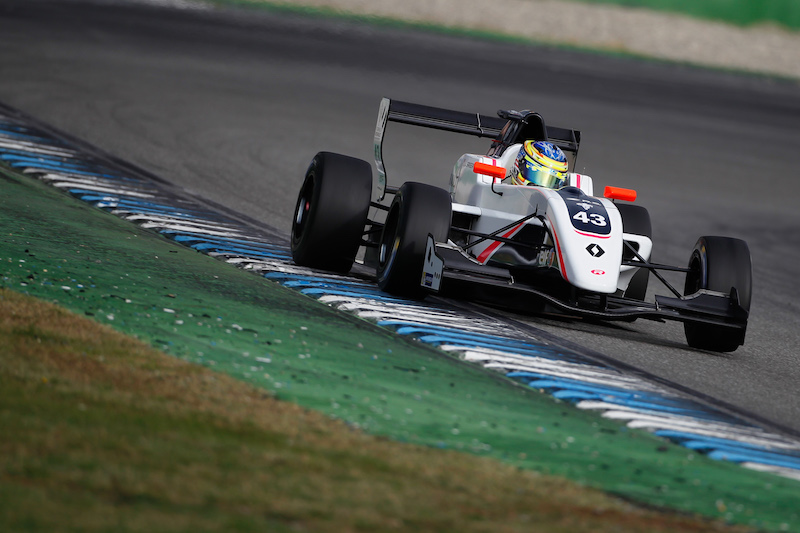 With Alexander Rossi switching to IndyCar, and with considerable success in doing so, Sargeant is now one of a select number of drivers in Europe that could be America’s F1 future star. 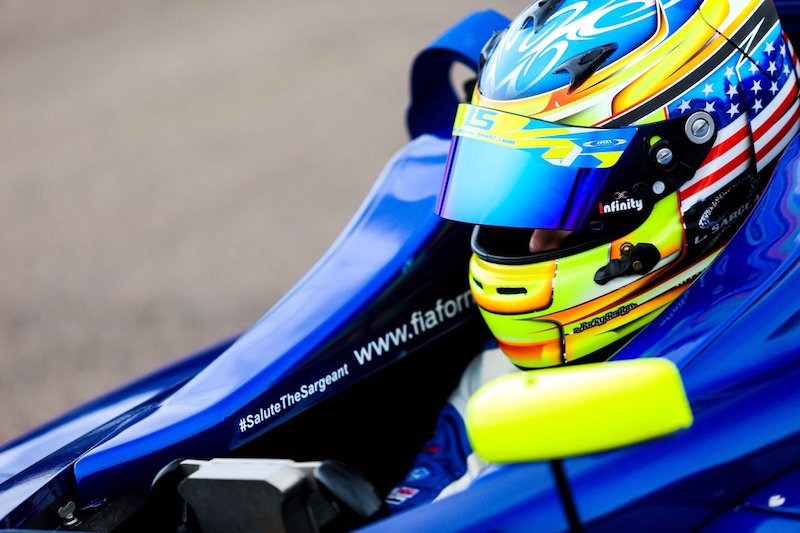