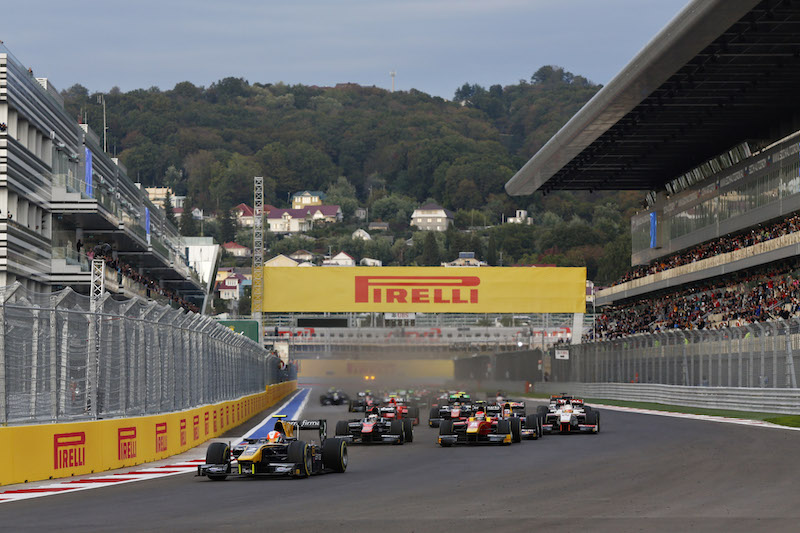 Formula 2 and GP3 organisers have announced their 2018 calendars, which include returns to Sochi and a slot on the Formula 1 support bill for the returning French Grand Prix.

The standalone Jerez round from this season has been dropped, with the championship expanding to 12 rounds for F2 and nine rounds for GP3, both categories will also once again become exclusively a support series to F1.

The F2 season will begin in Bahrain at the beginning of April, with a round in Baku three weeks later, and then continuing to support F1 through all the European rounds.

The French GP support races, being held at Paul Ricard, will be the first time the category has visited France since 2008, when it was known as GP2, and the first time a championship using the F2 moniker has raced there since 2012.

The return to Sochi, last used in 2015, will happen in the final weekend of September, with a two month break before the now traditional Abu Dhabi finale.

“One of our mission statements is to prepare young drivers to the next step,” said F2 organiser Bruno Michael.

“Having all of our race weekends take place with F1 will help our drivers to learn as many F1 tracks as possible, and also to prove their racecraft directly in front of the F1 paddock.

?The 2018 calendar includes two new venues: Paul Ricard and Sochi. It features one more event compared to this year, and is a good balance between racing on F1 circuits in Europe and overseas.?

The GP3 season will start at Barcelona, and run alongside F2 at all the remaining rounds apart from Monaco, a circuit it has only raced on once in its eight year history.