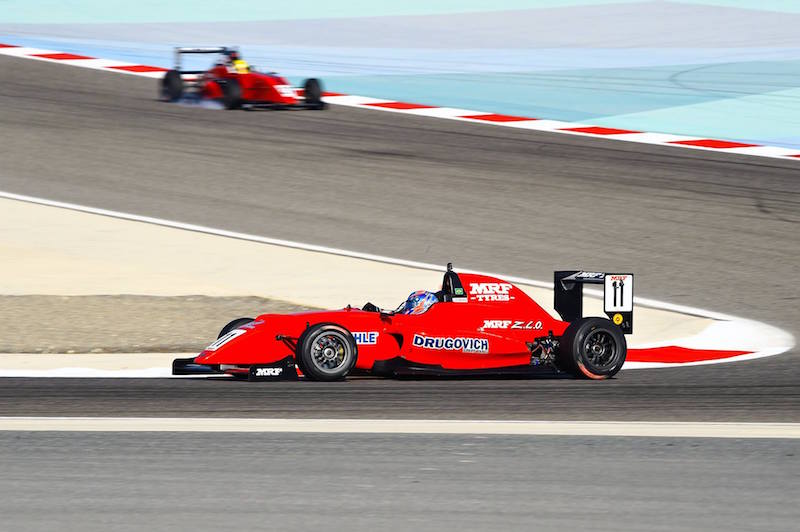 The entry list for the 2017-18 MRF Challenge has been revealed, featuring a return for Formula 4 star Felipe Drugovich for a second campaign in the series.

Drugovich finished third in ADAC F4 this season, and was a winner in his one-off appearance in Euroformula Open last weekend. He was also a race-winner in the MRF Challenge last season, and finished fourth in the standings behind Harrison Newey, Joey Mawson and Mick Schumacher.

Also back for a second season will be Dutchman Rinus?VeeKay, who scored four top-five finishes last term as a rookie before becoming USF2000 runner-up.

Newcomers to the series, which will begin in Bahrain later this month, include GP3 racer Julien Falchero and Alex Karkosik, eighth in Euroformula Open this year.

Manuel Maldonado and Pavan Ravishankar both make a return after racing in BRDC British F3 this year, while Dylan Young will take part in his sixth season in the MRF Challenge.

Young will be one of three Australians taking part, together with national?F3 front-runner Harri Jones and Formula Masters China driver Kurt Hill.

Campos Academy member and LMP3 driver Henning Enqvist will be making his single-seater debut, while?Michelangelo Amendola, one of Belgium’s top karters, will make his first appearance at an international level having spent 2017 in an extensive F4 test programme.

The F2000 car used in the championship will be upgraded for this season, with a new six-speed gearbox and updated aerodynamics being introduced with input from renowned Formula 1 aerodynamicist Adrian Newey, father of Harrison.

The calendar will start in two weeks time on November 17-18 with a World Endurance Championship support slot in Bahrain. A round each at Dubai Autodrome and Abu Dhabi’s Yas Marina follows in December on back-to-back weekends, before the championship decider at the Madras track in India on the first weekend of February.