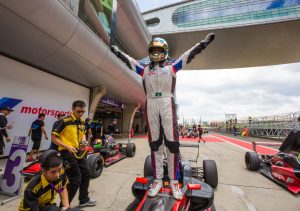 In the run up to the Macau Grand Prix, Ida Wood talks to a driver who could become the race’s next home star after winning Formula Renault and F4 titles this year.

The Macau Grand Prix is the biggest race on the junior single-seater calendar, and one of a select number of events outside of Formula 1 to hold grand prix status. Despite its coveted reputation for drivers on the way to F1, the country itself has produced very few top-line racing drivers – understandable really for a population of little over 600,000.

Times are changing though, and there is a wave of young Asian drivers who are making their way up the single-seater ladder.

Charles Leong Hon Chio is at the forefront of this wave for Macau, having won the 2017 Asian Formula Renault and Chinese Formula 4 championships.

Next year he will be racing in the FR2.0 Northern European Cup, with the same BlackArts Racing team that he raced for this season in Asia, and was recently invited by Renault Sport to its end-of-season test.

Formula Scout caught up with the young Macanese driver while he was in the UK, where he has been doing a tour of ‘Motorsport Valley’ and introducing himself to potential future partners. 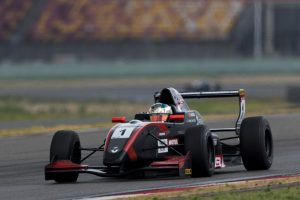 “[This year] has been pretty good,” said Leong.

“Winning two championships in a year, having some nice experiences in Europe over the last few days. Yeah, it’s really good. Pretty positive.”

Leong is only in his second season in single-seaters, and is astonishingly only two months past his 16th birthday.

He first tested a racing car when he was 13, and then made his car racing debut last year as a 14-year-old, finishing fourth in his first ever race in Formula Masters China. In the eight further races he entered in the series he made the podium twice, and ended the season in seventh. He also entered Chinese Formula 4, where he became a race-winner the day before his 15th birthday.

He wasn’t entered for points, but his record of five top-six finishes in six races, including two podiums, put him in good stead for 2017.

With unfinished business in Chinese F4, Leong decided to stay in the series, but would simultaneously do a campaign in Asian FRenault, both with BlackArts Racing.

The step up from F4 to FR2.0 can be daunting for inexperienced drivers, and in Europe drivers normally spend two years in the category. 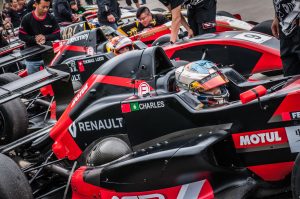 “We worked pretty hard at the start of the year just to get used to the car, because the F4 car and Renault car are very different,” confirmed Leong.

“It’s much faster, much more downforce. Basically we just drove a lot, we tested a lot, and we learned a lot about the car.”

The preparation worked well, with Leong winning the first two races at Zhuhai and controlling the championship to the point where the title was assured ahead of the final two races, also held at Zhuhai, in September.

A month later he wrapped up the Chinese F4 title, also with a round to spare, with a record-breaking 11 wins out of 17 races.

Renault Sport invited Leong to its Eurocup rookie test, and although he finished near the bottom of the order, Renault was reportedly impressed by his performance regardless.

“Europe is new for me: different tyres, different tracks,” explained Leong, who will also have to be deal with the culture shock when he races in FR2.0 NEC next year.

He’s holding back the move to Europe just yet though, and part of that decision is based on Britain’s reputation of poor weather. 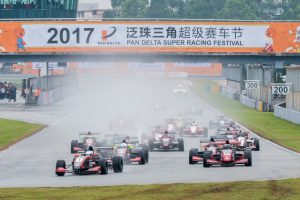 “I think in December and January I won’t come here yet, because UK weather is still pretty cold.

“We are going to do testing in China [instead]. We are going to bring the Michelin tyres to China to test, just to get used to the grip. One of the main things from the Barcelona test was learning the tyres and track, so it will become a lot easier to do tyre warming [in the future].”

Beyond his immediate future in FR2.0 NEC, Leong is looking to return home and win the prestigious Macau Grand Prix.

“Macau is something I really want to do. It’s very, very exciting, and winning there is something that is the absolute best, I think.”