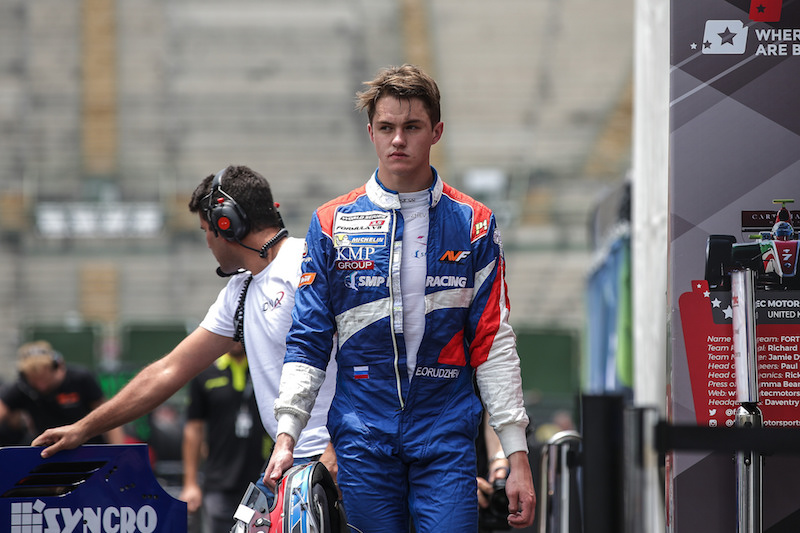 Egor Orudzhev will miss the deciding round of the 2017 Formula V8 3.5 championship after being hospitalised with acute tonsillitis.

Orudzhev, who is currently third in the championship, took his second win of the season in Austin in September, closing the gap to the championship lead to just 25 points.

With 50 points available in the final weekend of the season, the AVF by SMP Racing driver was still in contention to take the title in his third year in the championship.

He explained he was disappointed not only to miss the racing, but also the unveiling of SMP’s LMP1 car for the World Endurance Championship, which he could race next season having already sampled sportscars this year.

?I?m upset, this weekend I could have been competing for the championship,? he said.

?This means I also can?t participate in the presentation of the new BR1 prototype, but now I need to stay in hospital.?

Orudzhev has been replaced under the SMP banner for the weekend by fellow Russian driver Konstantin Tereschenko . Tereschenko moves over from Teo Martin Motorsport for the last round of the championship, after the team ran into sponsorship problems.

Orudzhev’s absence provides the perfect opportunity for Alfonso Celis, Rene Binder, and Roy Nissany to move up in the championship standings. Orudzhev is only six points ahead of Celis in fourth, and 24 points ahead of Binder and Nissany.