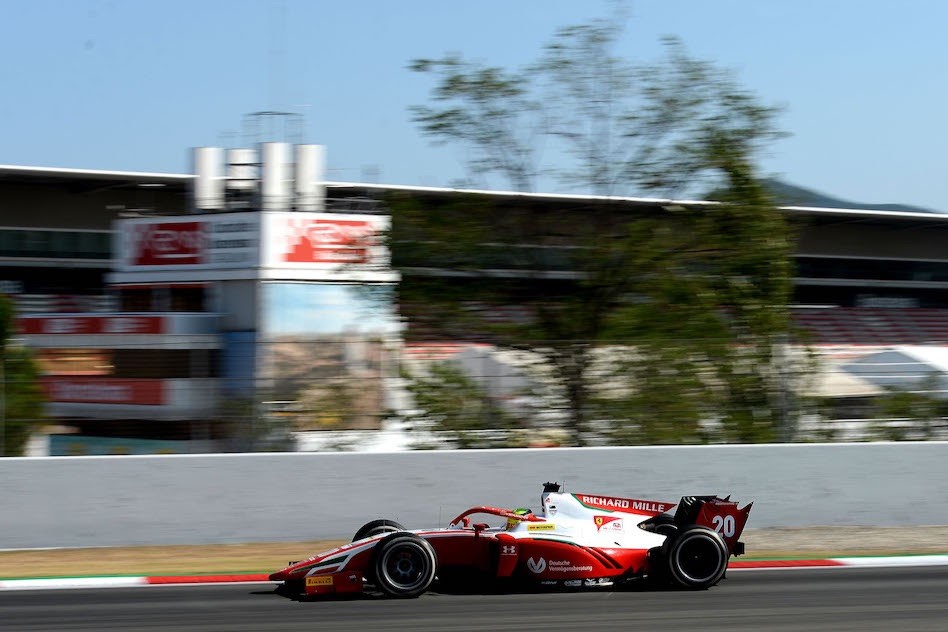 Mick Schumacher believes the “family feeling” between himself and Prema, paired with his consistent scoring, means he will claim a first Formula 2 win of 2020 soon.

The Ferrari junior has won just once in F2 – more than a year ago in the Hungaroring Sprint race. He took his first feature race podium at the same circuit this season, and currently sits fifth in the standings with three other podiums in sprint races.

No other driver has taken more than four podiums so far in 2020, with Schumacher’s Prema team-mate Robert Shwartzman also notching up four rostrums – albeit with two of those being feature race victories.

“Definitely my focus is on my driving, on race weekends, how I go to approach them and how I use what I have,” Schumacher said after his latest podium at Barcelona.

“[Winning the] championship is a word which is very difficult to take into context at the moment because we’re actually at the halfway [point of] the season now.

“I’m looking forward to the second part, there’s a few racetracks which I really, really like – such as Spa which is my favourite track. All eyes on that now, try to get the best preparation I can and then rock up at Spa with good knowledge.”

While Schumacher is one of only three drivers to score at every round, along with Virtuosi Racing’s Callum Ilott and Guanyu Zhou, he is 42 points off championship leader Ilott and had his Barcelona feature race result compromised by pitting just before a safety car period.

“First of all we need to improve the consistency of arriving in the points and scoring points all weekend over, I think that’s the main target for me. To not kind of repeat what happened yesterday – even though it was maybe called unlucky.

“Those kinds of things have to be judged better from my side, so tyre degradation yesterday was obviously very much rear-limited which if I was able to manage it for one or two more laps the safety car would have come out and it would have been basically perfectly timed for me to go on to the option [tyres].

“Obviously those things you can’t predict. I was losing too much time at that stage so it was the right thing to do. Nevertheless, I think if we consistently show the pace that we have then the podiums and the wins will come, and I’m quite happy and confident that we have the pace and we have the strength – the mental strength – with the whole team, and the family feeling in the team to work hard for it, and all of that will then end up hopefully going in the direction of race wins.”