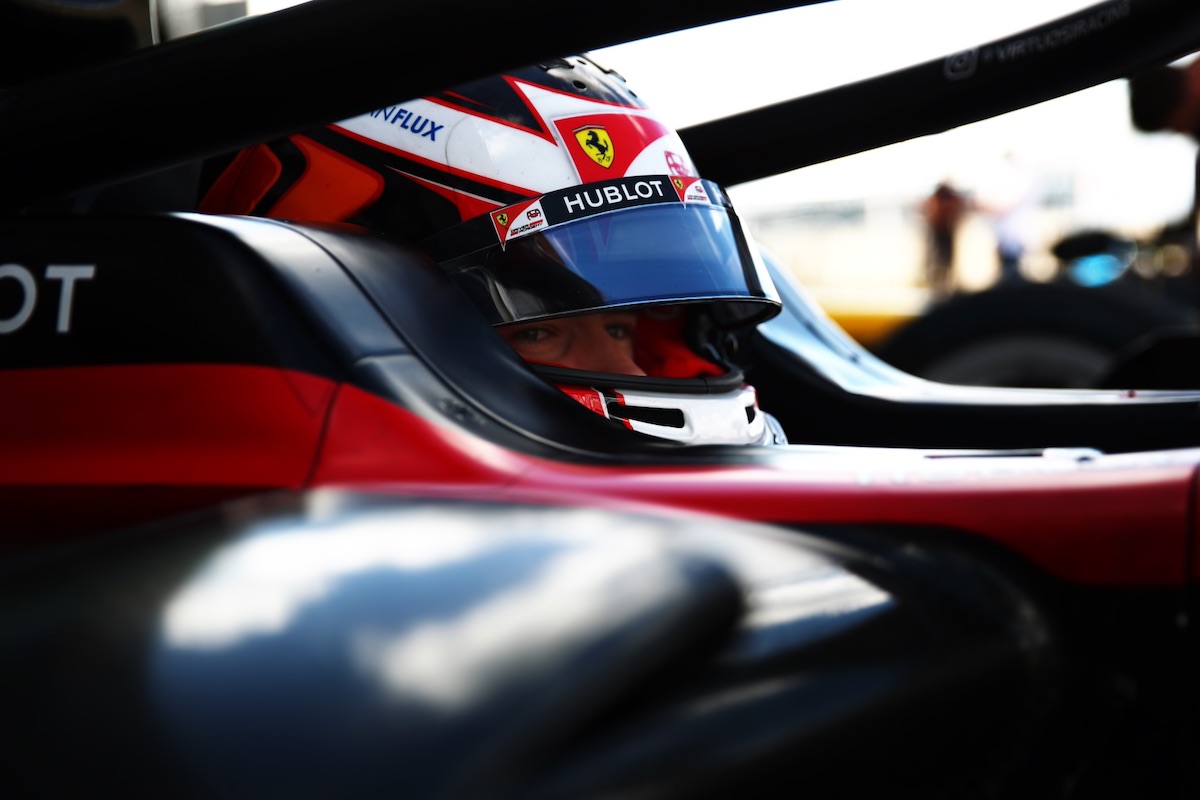 Ferrari junior and Formula 2 points leader Callum Ilott has confirmed that he is yet to start discussions over a Formula 1 graduation for 2021.

Ilott has existing links to Ferrari’s engine customer Alfa Romeo Racing, where the Scuderia has a say on who occupies one of the two race seats.

He made his F1 test debut with the Sauber-run Alfa outfit at Barcelona last year while racing in Sauber colours in F2, and on his return to the circuit last weekend with Virtuosi Racing he took a third F2 pole of 2020 and held onto his championship lead.

Asked in the post-qualifying press conference whether he has had discussions with Ferrari or other teams about an F1 drive, Ilott said: “Not yet, I’m still discussing with my own team in Formula 2 to try and make myself better.

“It’s halfway through the season, obviously I’m doing a good job so far, I’m not going to deny that, but nothing’s started yet. We’ll see. It would obviously be nice, but I’ve still got a job to do and hopefully that stuff will come later on.”

Antonio Giovinazzi, GP2 title runner-up in 2016, currently occupies the Ferrari-controlled Alfa Romeo seat and has been team-mate to 2007 F1 world champion Kimi Raikkonen for the last two seasons. He has scored the team’s only points this year, and usually been the faster of the two in qualifying, but both look uncertain to remain with the team for 2021.

Ferrari has five juniors in F2 this year, with the Prema pair Mick Schumacher and Robert Shwartzman as well as ART Grand Prix’s Marcus Armstrong and HWA Racelab’s Giuliano Alesi all racing against Ilott.

Alfa Romeo team principal Frederic Vasseur has said his focus for now is on improving his team’s performance rather than his driver line-up, while Haas – which also has Ferrari power and has run Giovinazzi and 2017 F2 champion Charles Leclerc in free practice sessions in the past – also says it is not considering drivers until its F1 future is secured.

Ilott’s Barcelona weekend concluded with a on-track battle with ART-run title rival Christian Lundgaard in the sprint race. Renault junior Lundgaard got past Ilott for eighth at the Turn 14/15 chicane on the final lap, but was deemed to have gained the position illegally after starting the move off-track and was penalised.

After the race, Ilott shared his take on his performance and said he thought Lundgaard’s overtake was acceptable.

“Just didn’t get it right as a team today, but still lots of positives to take out of the weekend and some things to learn,” he said.

“Also, didn’t exactly understand Christian’s penalty. Seemed like a decent move to me.”

The Formula 2 winners who started further back than Matsushita