Swiss squad confirms its Mexican protege will graduate into a race seat in 2013 in place of McLaren-bound compatriot Sergio Perez. We analyse Gutierrez’s career so far…

Sauber have confirmed that Esteban Gutierrez will race for the team in the 2013 Formula One season. The news had been anticipated since Gutierrez’s fellow Mexican Sergio Perez’s move to McLaren was announced.

“Esteban has already been part of the team for a long time and we have followed his career very closely,” said Team Principal Monisha Kaltenborn. “In 2010 we signed him up as an affiliated driver, and in 2011 and 2012 he was our test and reserve driver. We mapped out his path to Formula One step by step. Esteban has great talent and now he?s ready to take the leap. We are in no doubt we have a strong driver pairing in place for the 2013 season with Nico Hulkenberg and Esteban Gutierrez.”

Gutierrez added: ?After three years working with Sauber I feel very grateful for all the attention I have received from everyone in the team and for all their input, which has allowed me to develop into a Formula One driver in a very progressive way. Now, after experiencing other categories of racing as an introduction to Formula One, this is the start of the real challenge to succeed at the pinnacle of motor sport. The support from my family, as well as from my sponsors, has been a key factor in getting there and I am very grateful to everyone who has been involved in our project. It will be a great pleasure to be racing in the same team as an experienced driver like Nico Hulkenberg. He will be a good reference point for me and will push me to adapt quickly to F1 competition so we can develop the car together with the team in the best way.? 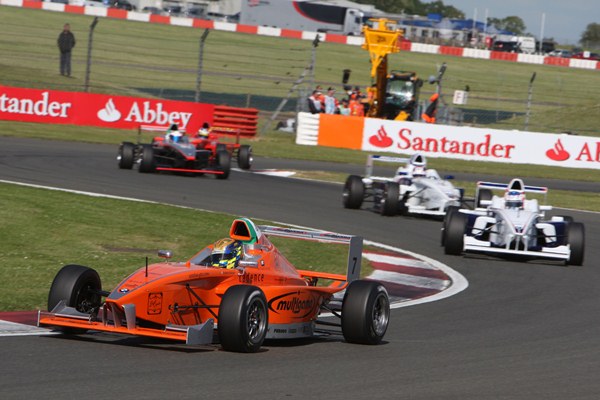 Gutierrez leads the Formula BMW pack at Silverstone in 2008 on his way to one of four wins at the British circuit from four visits on Grand Prix weekend. (Photo: BMW)

Guteirrez first made contact with Sauber at the end of 2009 when he tested for the team, who were then still owned by BMW, as a prize for winning the Formula BMW Europe title the previous season. He arrived in Europe in 2008 having finished runner-up in Formula BMW USA the year before. In 2009 he raced in the Formula 3 Euro Series with ART Grand Prix and finished ninth overall, and remained with ART to contest the first season of the GP3 Series in 2010. He was the man to beat for the entire season, winning five times and claiming the title with pole position for the season finale at Monza.

Gutierrez was now one of the most exciting young drivers around, and having been on Sauber’s books since that maiden test they made him their reserve driver for 2011. On the racing front, Gutierrez stepped up to GP2 with Lotus-ART but had a difficult season. He finished 13th in the standings and scored points in just four races, although that did include a reverse grid victory in Valencia and a second place in Hungary.

Despite that, Gutierrez was expected to step up and challenge for the GP2 title remaining with the same team for 2012. He fell short of series veterans Davide Valsecchi and Luiz Razia and had to settle for third in the final standings. Despite that respectable result, his campaign was still a little unconvincing, having largely been outpaced by rookie teammate James Calado. His two back-to-back feature race victories in Valencia and Silverstone came after the race leaders got caught out by safety cars having not yet made their mandatory stops, while a third win came from the reverse grid pole in the sprint race in Hungary. Gutierrez failed to qualify on pole position during his time in GP2..

There is a widespread opinion that Gutierrez has only been given the Sauber drive because of his financial backing, and it’s impossible to deny that that played a major part. However it should be remembered that he got his break at the team thanks to on-track achievements, and further achievements in GP3 boosted his reputation as a driver and his position within the team. As a driver who won two very competitive European championships within two years after coming to Europe at a very young age, there is little doubting that Gutierrez has potential.

Question marks remain however over his lack of achievement from two years in GP2, and also whether he is mature enough as a driver to race in F1. There have been cases this season of suspect driving standards in F1, and there were occasions in GP2 this year when Gutierrez displayed similar traits. In my opinion another year of racing or a season spent driving F1 machinery in Friday practice sessions would have been a better step for Gutierrez to make in 2013 to fully prepare him for racing in F1, but sadly economic constraints on the team meant he was perhaps promoted too soon and he will now need to do undergo that refinement under the spotlight in F1. At least that budgetary considerations will mean he should be given time to do that.

But most importantly Gutierrez is a driver with great potential, and he should therefore not be written off as a pay driver before he’s even turned a wheel in an F1 race. Perez was labelled with the same tag 24 months ago when he was signed by Sauber, and those doubters have all since been proven wrong as they have about other well-funded drivers like Pastor Maldonado and Charles Pic. Of course I cannot know whether he will realise his potential or not or whether he is truly ready to race in 2013, but let’s wait and see how he does. He deserves a fair crack at it. 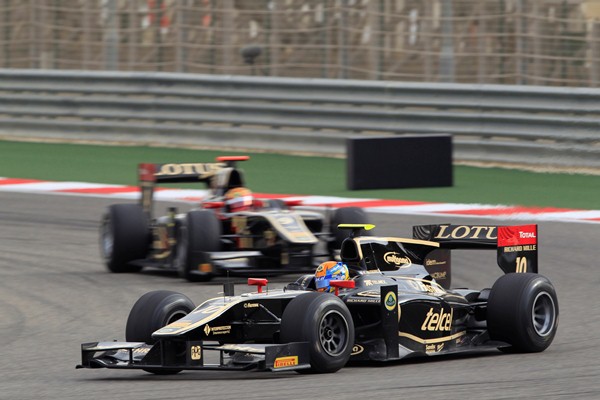 Although he finished the year ahead of James Calado, Gutierrez was outshone by his rookie teammate. (Photo: GP2 Media Service)