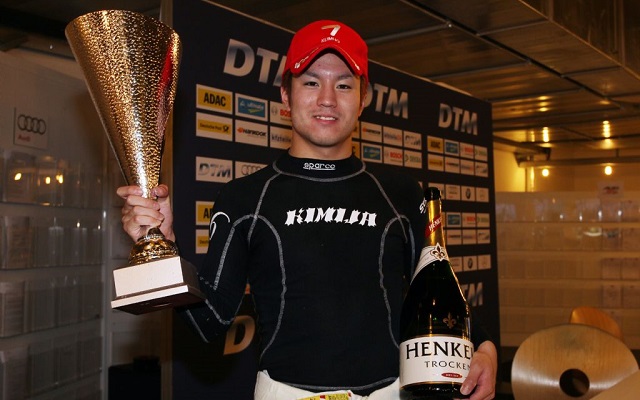 Kimiya Sato ended up taking his sixth victory of the Auto GP season in a feature race full of penalties during the 2014 campaign’s penultimate stop at the Nurburgring.

The race started with a three-way battle for the lead between Kevin Giovesi, Tamas Pal Kiss and polesitter Markus Pommer, while Sato, who started from last, impressively fought his way up to fourth before the first pit stops.

After most of the competitors had changed tyres, several drivers including Sato, Pommer and Giovesi were given a drive-through penalty for setting improving sector times under yellow flag conditions earlier on in the race.

With his rivals ruled out of the fight, Virtuosi’s Kiss cruised to take victory at the flag, only to be relegated to fourth post-race due to a penalty for the very same yellow flag infringement.

This, despite Sato’s penalty, allowed the Japanese racer to claim the win from last place on the grid, with Giovesi and Pommer both also moving up a spot in the classification.

As such, Sato extends his championship lead and can now realistically clinch the title in tomorrow’s reverse-grid race. He leads nearest rival Kiss by 58 points, with only 49 available in the championship’s finale at Estoril.

Francesco Dracone originally claimed fifth on the road, but wound up relegated to eighth post-race. As such, Andrea Roda and Michela Cerruti finished fifth and sixth respectively, less than three tenths apart.

Euronova’s Yoshitaka Kuroda was promoted to seventh, while Michele La Rosa rounded out the finishing order.