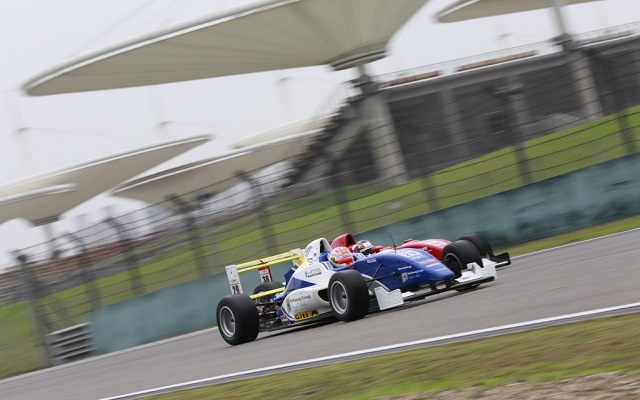 Eurasia Motorsport’s Tanart Sathienthirakul took pole position for the opening race of the Formula Masters China final round at Shanghai, while championship contender Akash Nandy lined up in first for race three.

In the first qualifying session, the Thai racer narrowly beat out the on-form Nandy by one tenth of a second. Meritus teammates and title fight rivals Afiq Ikhwan and Aidan Wright will share the second row of the grid, while Ren Nagabuchi will lead Matthew Solomon on row three.

On his return to the series, Dan Wells took seventh, ahead of Yin Hai Tao, Raj Bharath and Yuan Bo.

A much more closely-fought session two saw Nandy narrowly secure pole from Ikhwan, Sathienthirakul and Wright, all of whom ended up setting times within half a tenth of pole.

Solomon was the best of the rest, while Nagabuchi, Wells, Hai Tao, Bharath and Bo rounded out the top ten.

Coming into the final three races, Wright leads Ikhwan by ten points, with Nandy a further 11 behind. 54 points in total are available over the weekend.

Hubert converts race one pole to victory at Paul Ricard