Hubert converts race one pole to victory at Paul Ricard 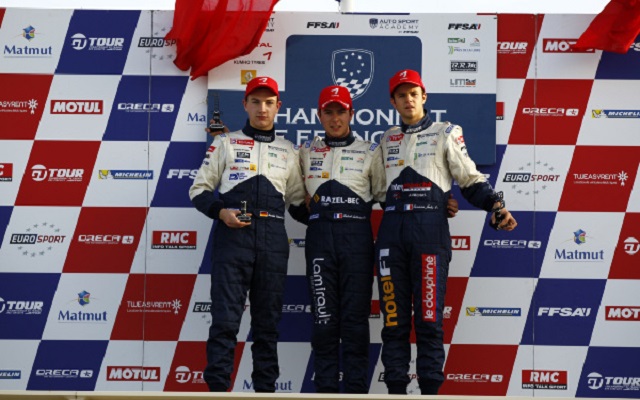 French F4 champion Anthoine Hubert took his tenth victory of the season in race one of the final round at Paul Ricard.

The young Frenchman got off to a good start and confidently maintained the lead on the opening lap. Meanwhile, fellow front row starter Ivan Kostyukov didn’t enjoy the best getaway off the line, and wound up letting a number of cars through, with Dennis Anoschin taking over in second.

The race stabilized from that point on, as Hubert held on to first, despite an ever-present Anoschin behind. With not many developments throughout the race for the top two, they ran in formation until the checkered flag.