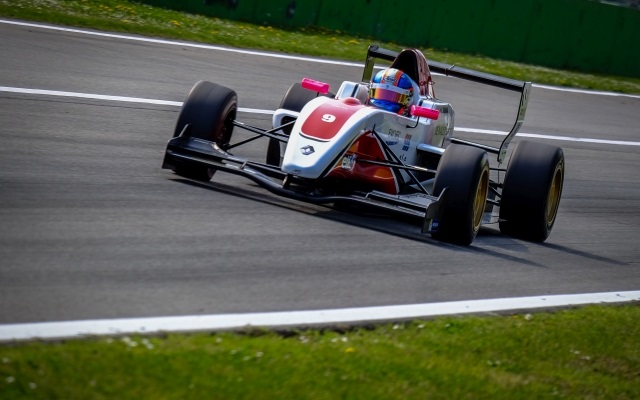 An extra formation lap delayed the start of the race, triggered by polesitter Louis Deletraz, who had issues with his clutch and waved for an aborted start.

The Swiss racer got going but, as the catalyst of the second formation lap, he was apparently supposed to head to the back of the grid yet he retook the pole position.

He led off the line, but received a drive-through early on and finished 14th.

Starting from second, Sasahara had to give up the spot to Kevin Jorg, staying close behind the Swiss racer.

The fight between the duo then turned into the battle for victory when Deletraz got the penalty and, as such, Sasahara ramped up his efforts.

On the penultimate lap, the Japanese racer attempted a brave move on Jorg in the first Lesmo corner, which ended with the two of them making contact.

The Japanese racer was into the lead, while Jorg suffered a puncture, which led to him tumbling down to 23rd as he crawled around the track on the final lap.

As a result, Manor’s last minute-signing Ignazio D’Agosto inherited second. The Italian held off several charges from Max Defourny, who took third as the best rookie of the race.

Dries Vanthoor was fighting with Defourny and Oskoui for the bigger part of the race but eventually had to make do with a debut result of sixth.