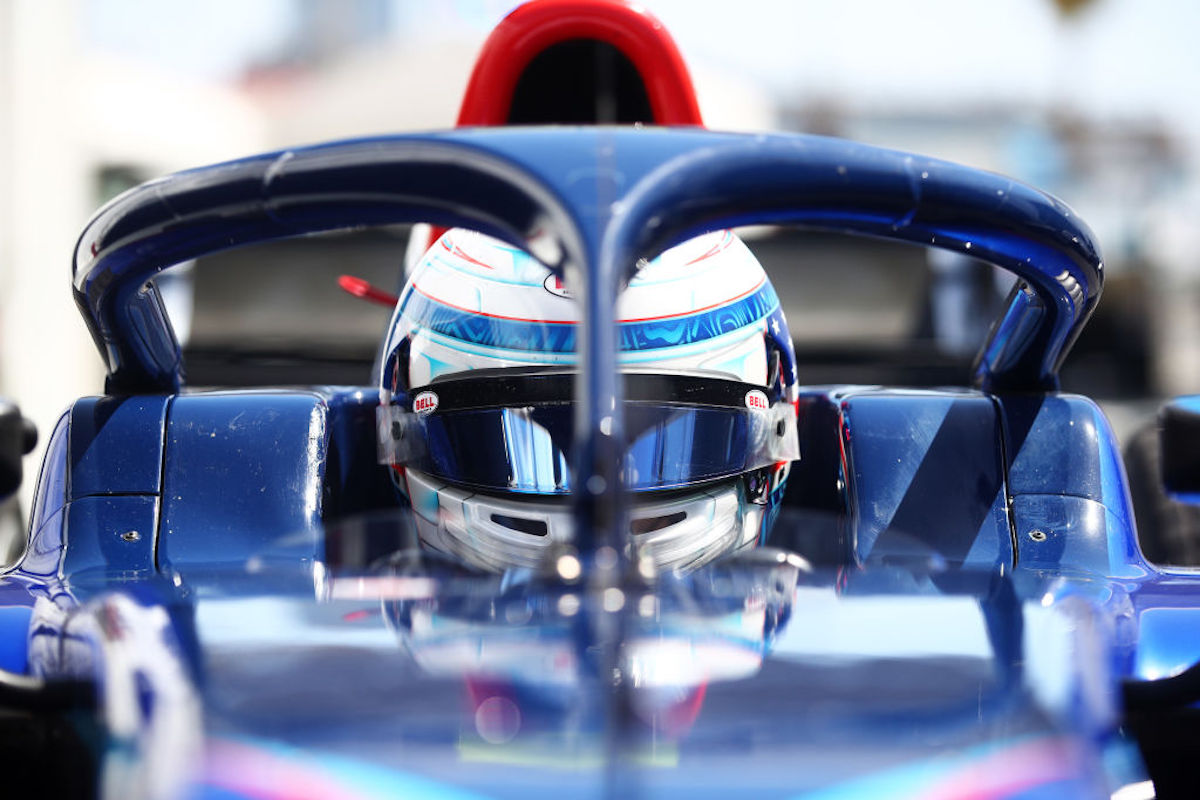 Drugovich had gone fastest for MP Motorsport by over six tenths of a second around midway through the 45-minute session, but had his time deleted for exceeding track limits a few minutes later.

In the meantime, several other drivers improved their times behind him, with Carlin driver Sargeant inheriting top spot ahead of Jack Doohan and Theo Pourchaire.

Light rain then began to fall, prompting many drivers to pit before Calan Williams spun off into the barriers at Copse, triggering the first red flag.

The session restarted with seven minutes to go but would be interrupted four minutes later when Marino Sato came to a halt on the outside of Luffield.

Just before the red flags came back out, Drugovich took over at the top of the times only for Sargeant to go fastest again by 0.037 seconds.

Doohan ended up third while Ayumu Iwasa was another to squeeze in an improvement to jump up to fourth ahead of Pourchaire.

Juri Vips, driving with a plain carbon helmet after being dropped by Red Bull earlier this week, was ninth with Hitech GP team-mate Marcus Armstrong 10th.

Dennis Hauger had a high-speed spin at Abbey in the early stages and never recovered to post a valid representative laptime, even though he logged 10 laps in total.