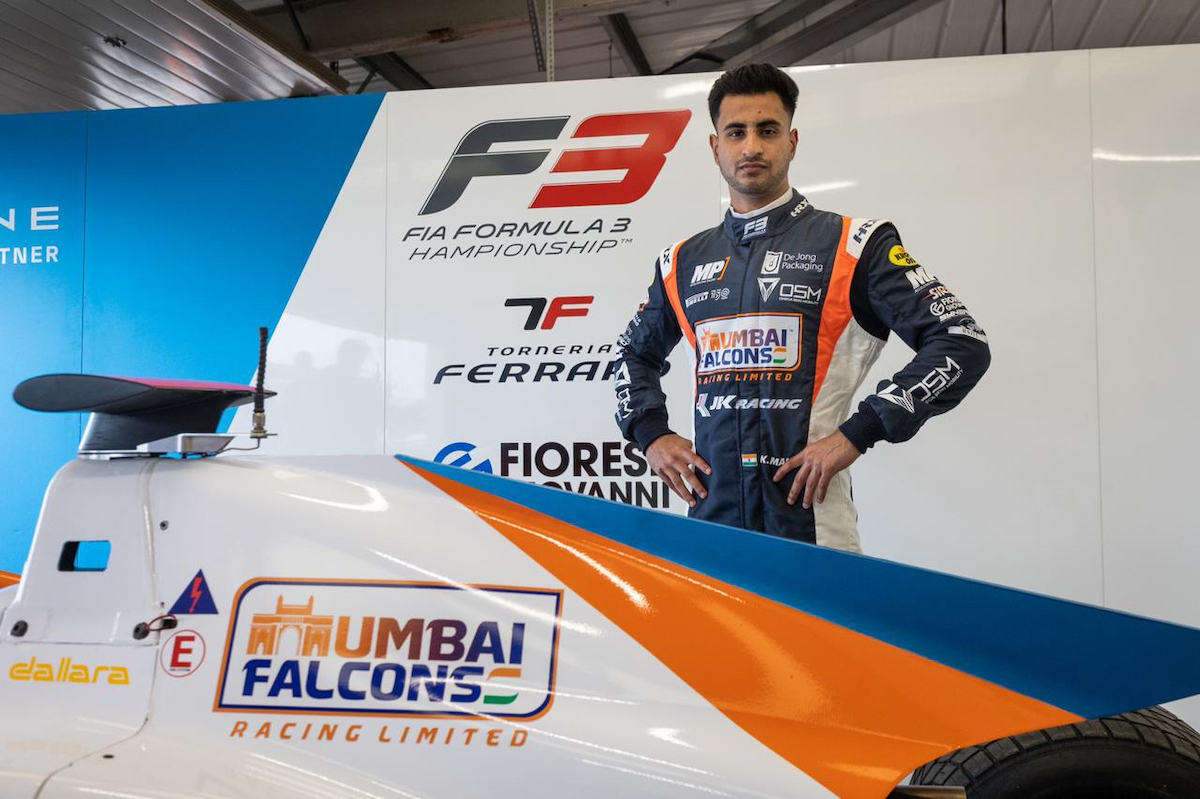 MP Motorsport duo Kush Maini and Caio Collet were almost inseparable as they topped the times in free practice for the FIA Formula 3 Championship round at Silverstone.

Alpine Academy driver Collet went to the top of the times with three minutes left on the clock, displacing Hitech GP’s Red Bull junior Isack Hadjar by four tenths of a second. His team-mate Maini – sporting a new Mumbai Falcons livery on his car – was running right behind him on track and went 0.036s faster.

It was a similar story when the pair came around again and took the chequered flag, Collet improving to go fastest only for Maini to better him again – this time by 0.035s.

Kaylen Frederick, who like Maini has experience of Silverstone from two years in BRDC British F3, was rapid throughout the session and finished up third for the locally-based Hitech team, six tenths adrift of the MP pair.

Roman Stanek was just 0.003s slower for Trident in fourth, and 0.006s ahead of Hadjar, who is racing at Silverstone for the first time this weekend.

Championship leader Victor Martins was sixth for ART Grand Prix, with Carlin’s Zak O’Sullivan seventh and another graduate of the British scene who looked quickly at home throughout the session.

Zane Maloney took eighth, just ahead of Trident team-mate Jonny Edgar who placed ninth on his return to action for the first time since the Bahrain season opener following illness.

Jak Crawford was the fastest of the Prema drivers in 14th, his time matched by series returnee Filip Ugran who is substituting for Alexander Smolyar in the third MP Motorsport car after the Russian driver was unable to get a British visa.

The third and final F3 returnee Zdenek Chovanec was slowest of the 30 drivers, five seconds off the pace for Charouz Racing System.