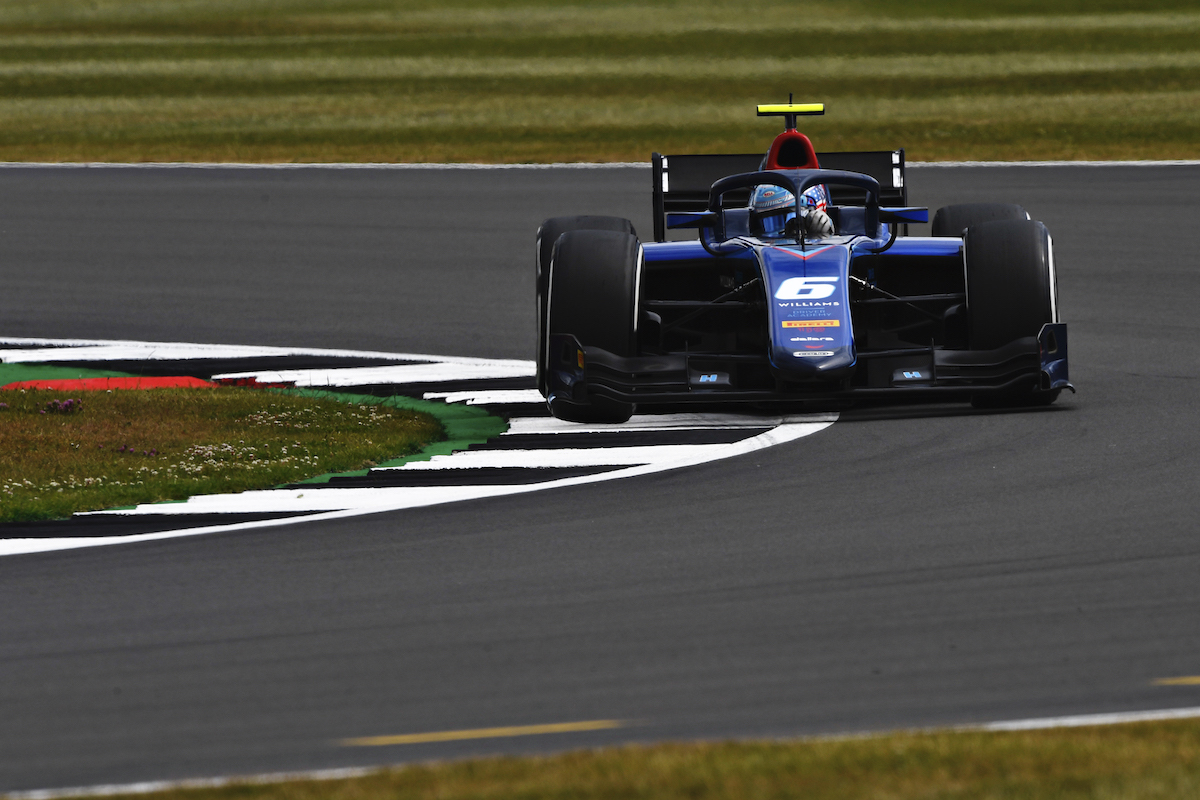 Logan Sargeant has claimed his maiden Formula 2 pole position with a dominant performance in qualifying at Silverstone.

At the scene of his first FIA Formula 3 pole position two years ago, Williams junior Sargeant flew to the top of the order and continued to improve on his time.

The Carlin driver was at one point half a second clear of the rest of the field with a time of 1m38.432s.

A series of flying laps at the start of the final runs allowed six drivers to come within half a second of the pole-sitter, but none were able to surpass him.

Ferderik Vesti came closest with a time 0.107s behind Sargeant. Nobody was able to improve on their final laps of the session, most a few tenths off their best.

Vesti and Juri Vips both took turns at the top of the order early on before Sargeant’s first flying lap put him top of the order. Both improved over the course of the session but Vips couldn’t keep up with the top times. He would slot in eighth, behind Jack Doohan.

Enzo Fittipaldi and Jehan Daruvala completed the top 10, putting them on the front row of the grid for the reversed-grid sprint race.

The only incident during the session was for David Beckmann, who stopped in the second half of the session. The incident was covered under yellow flags, but it was the end of his qualifying and he starts both races from the back of the grid.