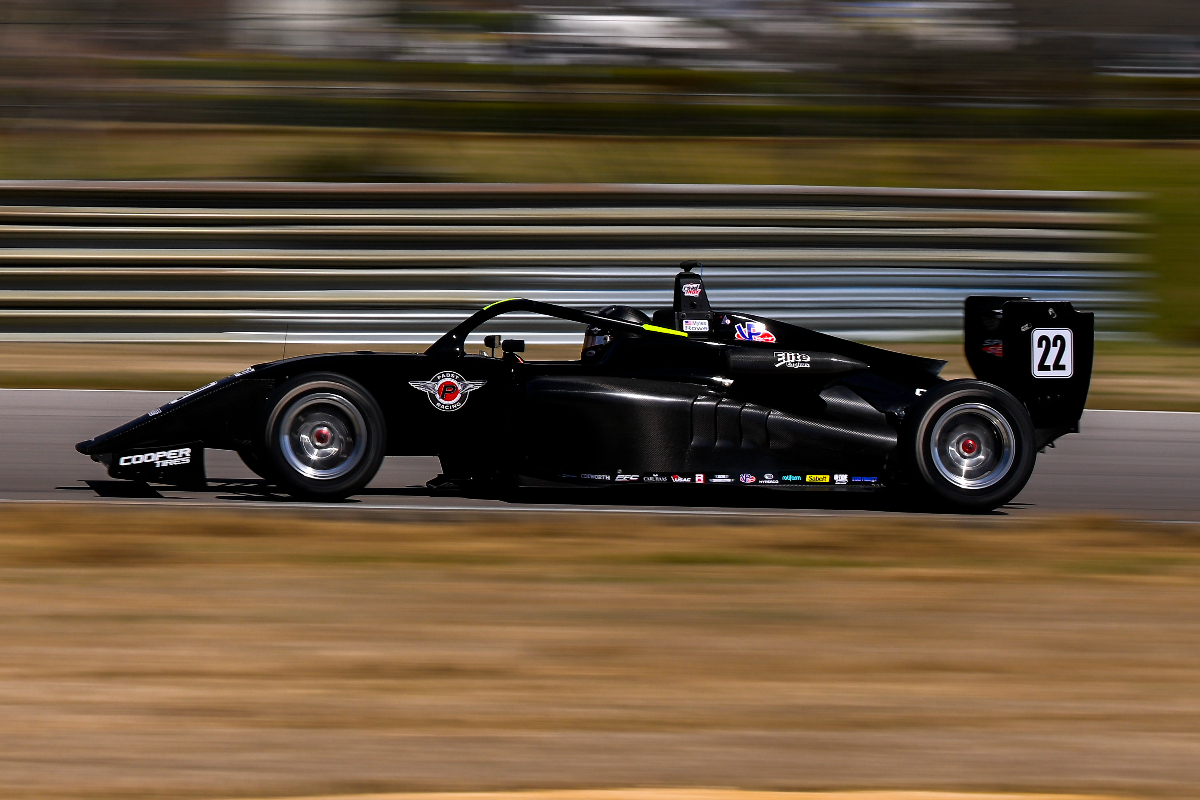 On the second flying laps Rowe moved ahead, but was then outpaced by DEForce Racing’s Thomas Nepveu by less than a thousandth of a second.

All the drivers improved again on their third laps, with Rowe moving comfortably clear at the top by 0.2354 seconds over team-mate Jace Denmark and d’Orlando.

Rowe kept ahead despite going no faster on his fourth lap, as Nepveu and Hughes demoted Denmark to fourth. Hughes had exited the pits later than the opposition for his second run, and his fourth lap put him ahead of Rowe by 0.0096s.

The fifth lap from Rowe was enough to reclaim first place by 0.0215s, but he then could not find further pace while Denmark set a 1m22.2070s to put himself 0.1522s ahead. D’Orlando also didn’t improve, and he was down in seventh with five minutes to go of qualifying.

He found form again a minute later as he claimed provisional pole, and Rowe also improved but could only go second fastest, 0.0275s behind. Denmark and Hughes were thrid and fourth, with 0.0520s covering the top four.

The title rivals went faster again on their 11th laps, and Rowe was now on pole by 0.0532s and with just a handful of seconds left on the clock. Each of the top four still had time for one more lap, but one of them could improve and so Rowe earned his second pole of the year.

Hughes will start an impressive fourth for his USF2000 debut, ahead of Velocity Racing Development’s Nikita Johnson, who debuted last time out, and Exclusive Autosport’s Billy Frazer.

Dylan Christie was only two tenths off the pace in seventh, and the top 16 were spread by just over three quarters of a second.