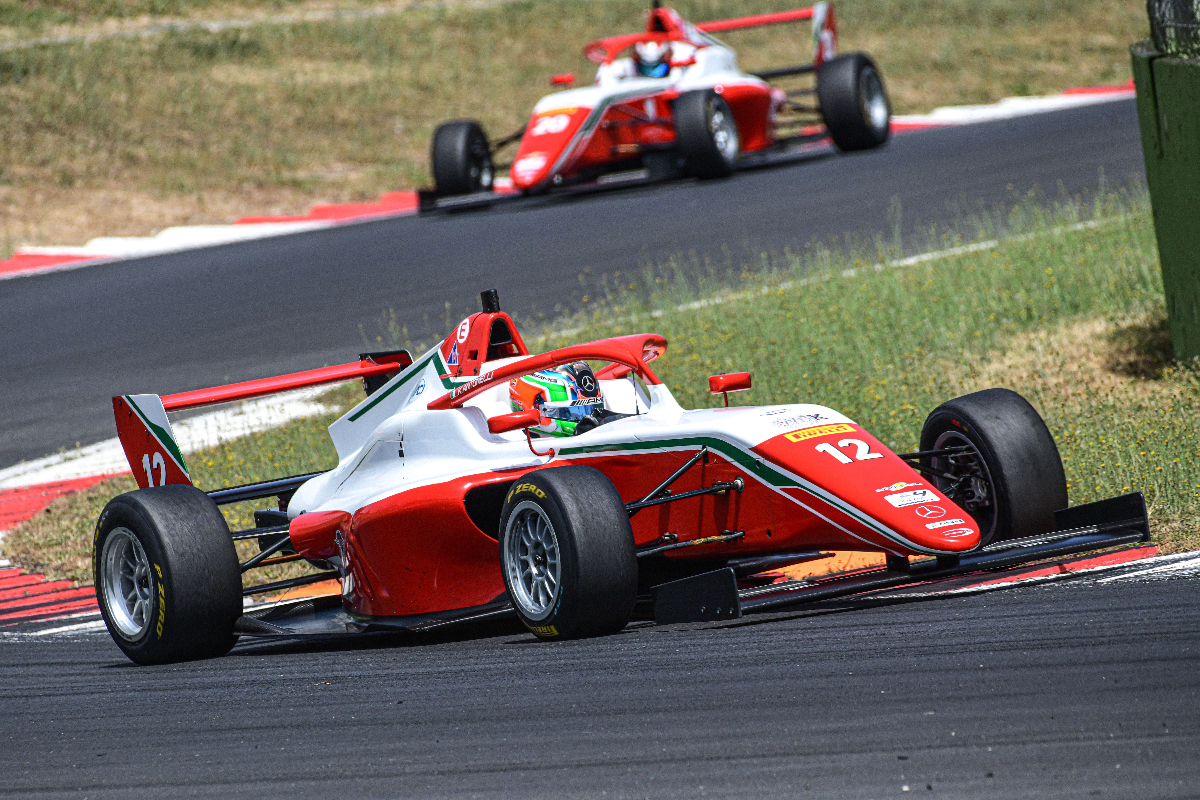 He and championship-leading Prema team-mate Rafael Camara were the drivers to beat in both sessions, with Antonelli leading the way early on in the morning one.

Camara then moved ahead by 0.091 seconds, and his 1m34.856s lap set with 11 minutes to go was enough to keep him in first place until the chequered flag.

Antonelli improved to end up just 0.023s behind, with PHM Racing’s Taylor Barnard in third for much of the session and just 0.111s slower than Camara.

US Racing’s Alex Dunne and Marcus Amand were fourth and fifth, 0.173s and 0.193s back respectively. Less than half a second covered the top 10, which was completed by another US driver in Nikhil Bohra. Bohra had initially been Antonelli’s closest rival at the start of running.

FP2 was almost a reverse of FP1, as Camara was the early pacesetter and led the way on a 1m34.993s when red flags were waved as Van Amersfoort Racing’s Jules Castro had gone into the gravel at turn 14.

The stoppage lasted seven minutes, and it took a while for any laptime improvements to come in after with more noticably AS Motorsport’s Manuel Quondamcarlo getting black flagged in the interim.

Eventually Dunne usurped Camara with 16 minutes to go, setting the fastest lap of the day in the process, but a minute later Antonelli went faster with a 1m34.528s lap that put him 0.311s clear.

Camara had got that gap down to 0.180s with 10 minutes remaining, with Dunne shuffled down to fourth by Prema’s James Wharton, but then Antonelli improved two more times to top the table with a 1m34.112s.

The additional pace then found by Camara wasn’t enough, while Dunne, Amand and their US team-mate Kacper Sztuka improved in the positions immediately below.