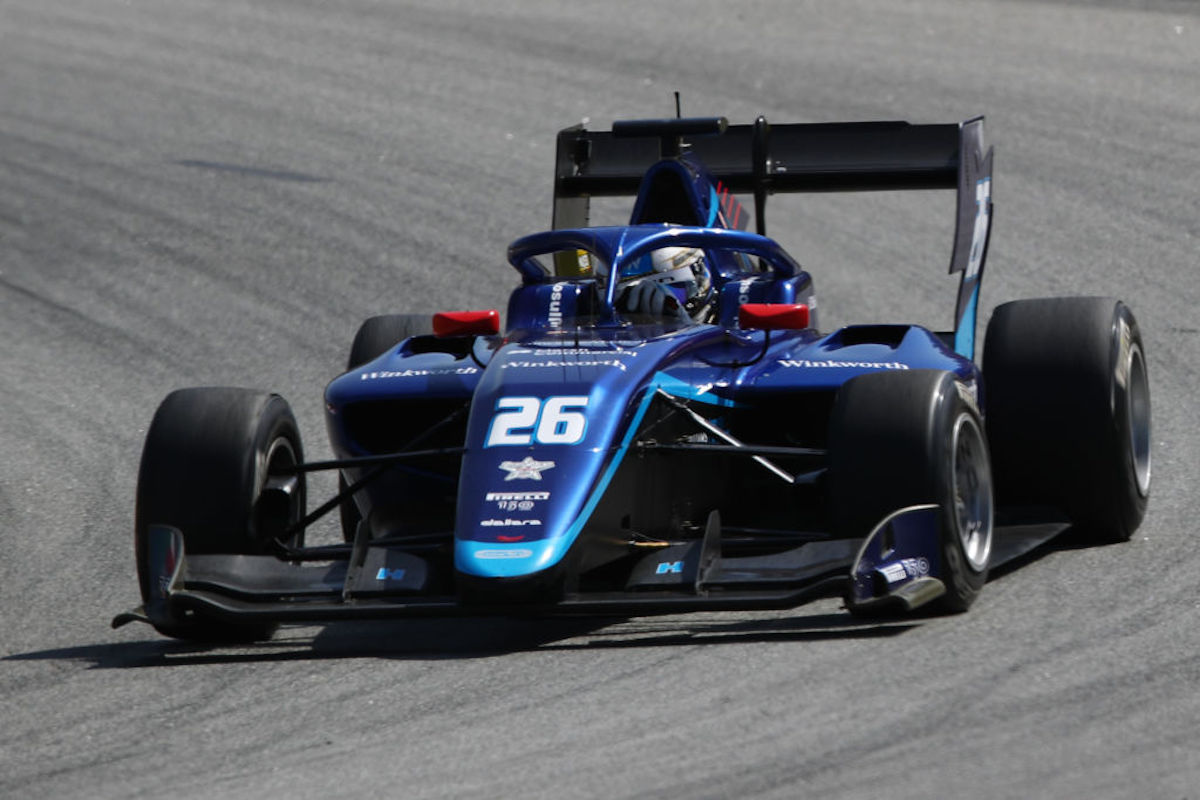 Carlin’s Zak O’Sullivan claimed a maiden FIA Formula 3 Championship pole position at his home circuit of Silverstone in a session where top 14 was covered by 0.451 seconds.

Prema’s Ollie Bearman was the fastest once every driver had completed their first timed lap. On the second lap of the first runs, MP Motorsport’s Kush Maini bettered Bearman’s lap-time, taking the top spot as drivers headed to the pit-lane for new tyres.

Isack Hadjar had a big snap as he ran over the kerb at the exit of Copse. The Hitech GP driver kept his car under control avoiding the spin.

Victor Martins didn’t enjoy an easy start to the session. The championship leader sat in 13th place after the first runs were completed, 0.657 seconds off Maini’s benchmark.

The situation seemed to improve for the ART Grand Prix driver, who moved up to second place behind MP’s Caio Collet as drivers clocked their first laps on new tyres in the second run. However, other drivers improved and Martins ultimately dropped back to 11th, with Collet in fourth.

O’Sullivan surprised then by setting the fastest lap out of everyone. His time of 1m44.597s was enough for the Williams Racing junior to clinch his first F3 pole on home soil, and a first pole for Carlin in the FIA F3 era.

Arthur Leclerc was just 0.027s away from O’Sullivan in second for Prema, with Zane Maloney +0.041s in third for Trident.

Prema’s Jak Crawford and Trident’s Roman Stanek were able to improve from eighth to fifth and from 10th to eighth respectively on their last laps.

A last-minute lap moved Hadjar from 14th up to ninth place, which will allow him to benefit from the reversed-grid for the sprint race, which Reece Ushijima will start from pole ahead of Martins and Maini.