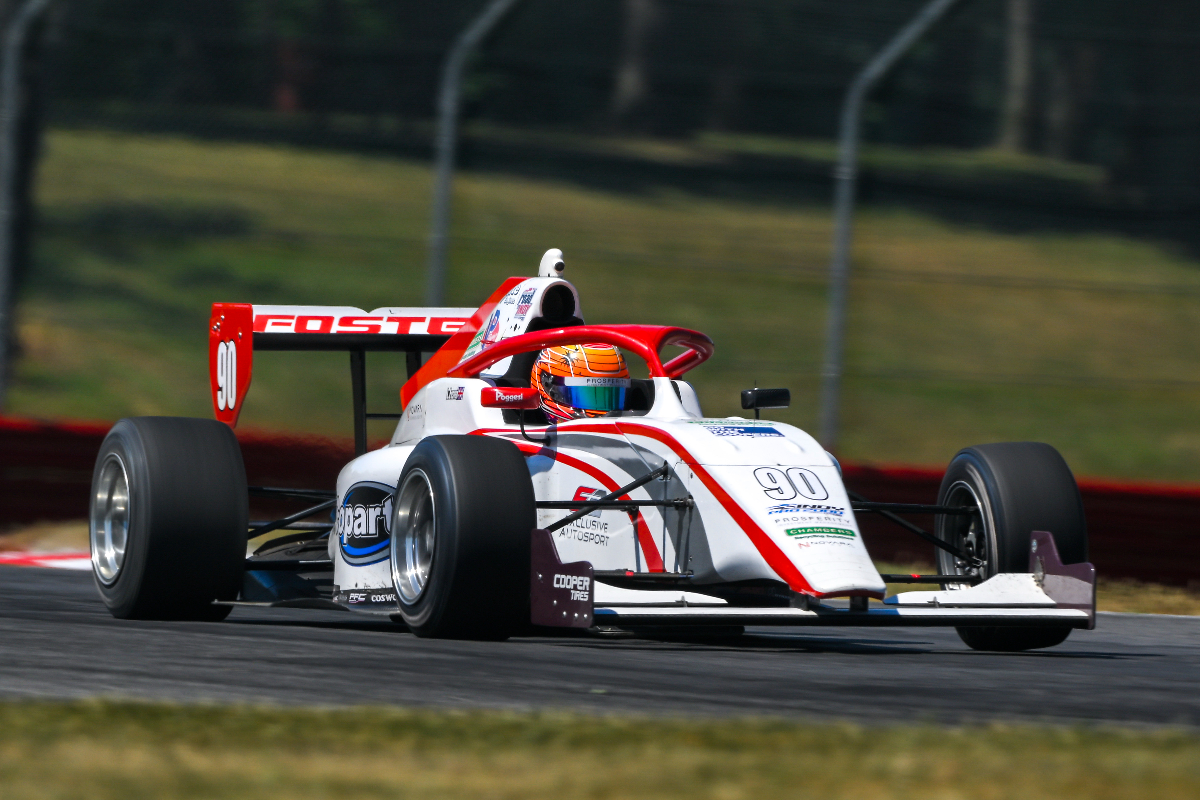 Pole could have gone to anyone in each session, with the order frequently shuffling around as drivers improved.

He spent the shortest time ahead, as DEForce Racing’s Nolan Siegel headed him by 0.1260 seconds. Siegel improved to stay ahead for some time, with his position in front only challenged as drivers embarked on their final runs.

A flurry of improvements with just over three-and-a-half minutes left on the clock led to a new top four of Foster, Siegel, Juncos’s Enaam Ahmed and Gold.

More time gains were to come after that, and in the end Foster claimed his first IP2000 pole by 0.0898s ahead of Siegel.

DEForce’s Kiko Porto jumped up to third towards the end, ahead of Exclusive’s Wyatt Brichacek and Jay Howard Driver Development’s Salvador de Alba. The top 12 were covered by eight tenths of a second on pace, but 2.1277s back in 13th was JHDD’s Braden Eves as he suffered from a fuel pressure issue that limited him to four laps.

Q2 took place several hours later, and Sundaramoorthy and Gold were the first two to the top again. Siegel was next up, before Sundaramoorthy reclaimed first place.

Ahmed became the first driver to break into the 1m19s, then Foster chopped over half a second off his benchmark to be the driver to beat at the end of the first runs.

Gold was the first driver to beat Foster on the second runs, but just a few seconds later he was back ahead as he became the first driver to lap in the 1m18s. De Alba was briefly second fastest, then Gold returned to provisional pole with a 1m18.6739s lap.

That benchmark stood for a minute, and was toppled by Porto who had until that point been rapid in all three sectors but not hooked a lap together.

It looked like he could be on pole as lots of drivers failed to improve in the final minute, but then Foster used his final lap to set a 1m18.4328s and snatch pole by 0.1403s.

Sundaramoorthy improved to qualify third, while Gold and Ahmed were shuffled down to fourth and fifth.